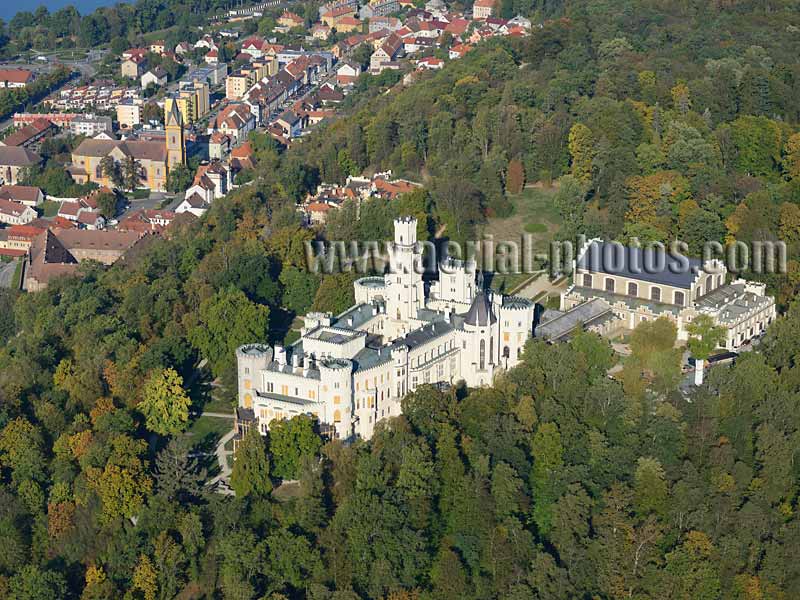 Hluboká Castle is situated on a wooded hill overlooking the town of Hluboká nad Vltavou. The current architectural style dates back to the mid-19th century and has the Windsor Castle for inspiration. South Bohemia, Czech Republic. 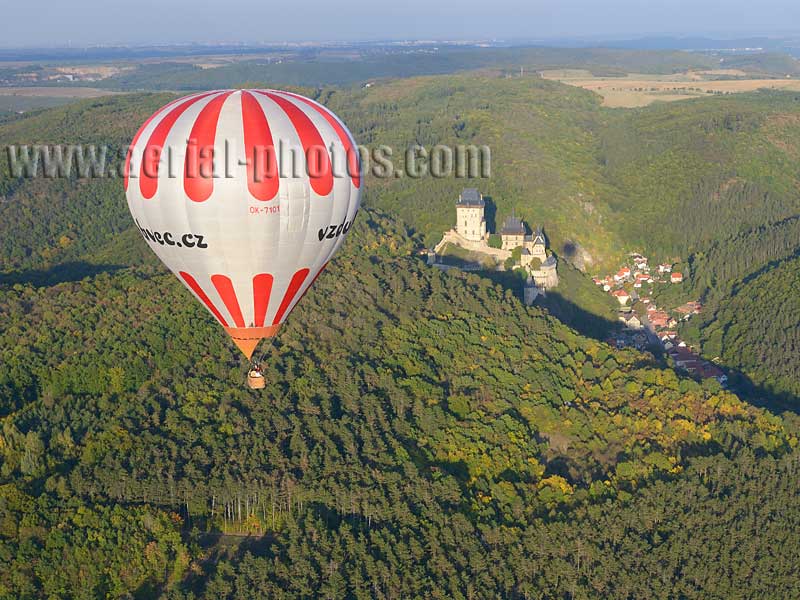 Hot-air balloon drifting in the smooth evening air near the historic castle of Karlštejn. This castle was founded in 1348 by Charles IV Holy Roman Emperor for safekeeping the royal treasures. Like many castles of that era, it underwent several reconstructions. It is one of the most visited castle in the country. Central Bohemia, Czech Republic. 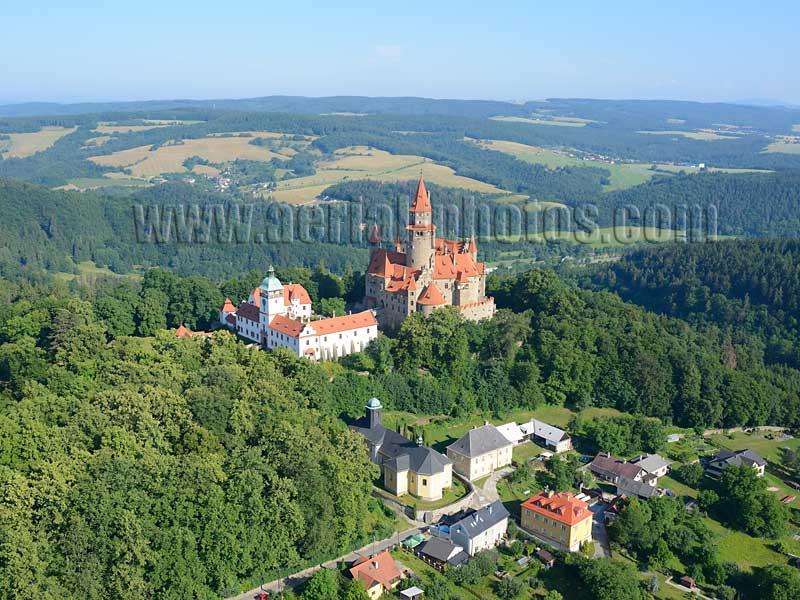 Bouzov Castle is a medieval fortress from the early 14th century. Its imposing architecture in a natural setting and its interior rich with furniture and art make it worth a visit and has been used regularly as a movie location. Central Moravia, Czech Republic. 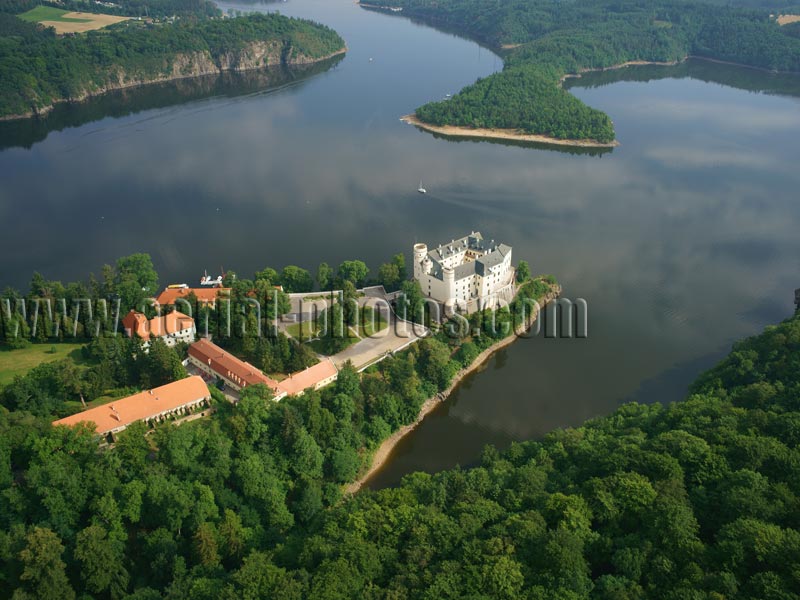 Orlik Castle (elevation: 360m) dates back to the second half of the 13th century. Once on a cliff high above the Vltava River, and now on the lakeshore of Lake Orvik; a 70-kilometer-long reservoir created by the construction of Orlik Dam (from 1954 to 1962). Orlik nad Vltavou, South Bohemia, Czech Republic. 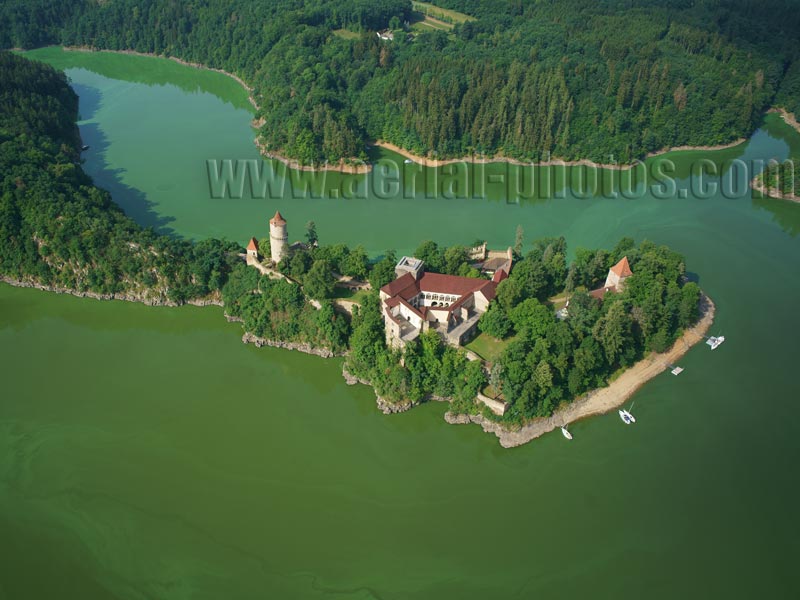 Zvikov Castle (elevation: 360m) dates back to the first half of the 13th century. Once a promontory above the confluence of the Vltava and Otava Rivers, and now a peninsula on the lakeshore of Lake Orvik; a 27km2 reservoir created by the construction of Orlik Dam (from 1954 to 1962). Zvíkovské Podhradí, South Bohemia, Czech Republic. 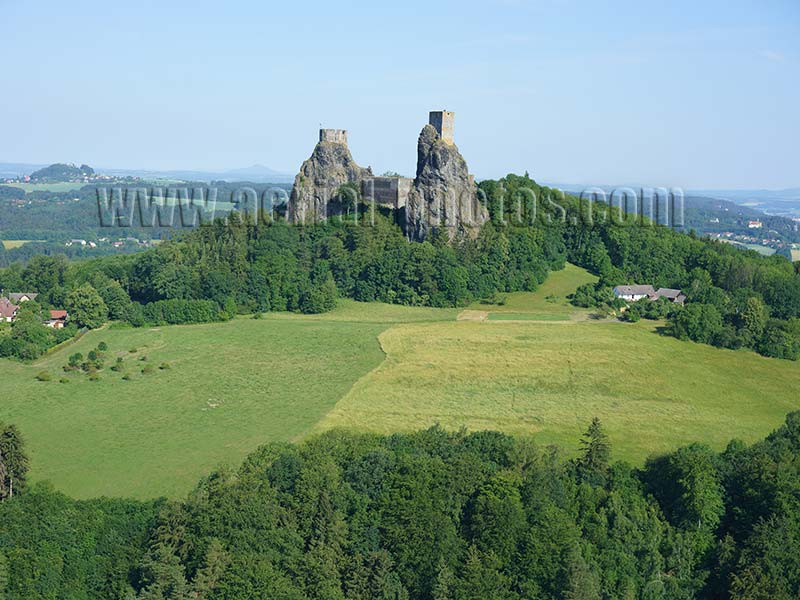 The ruins of Trosky Castle are crowning two basaltic peaks in the natural setting of the Bohemian Paradise region. Bohemia, Czech Republic. 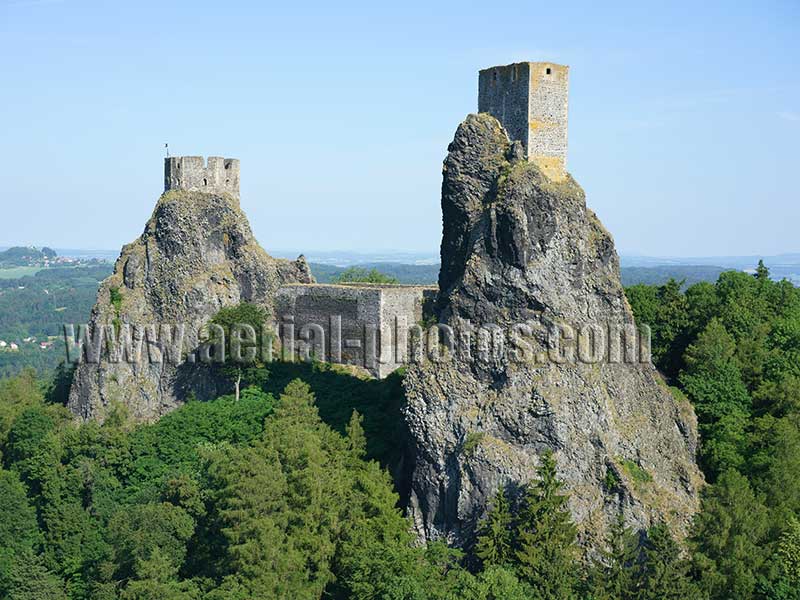 This geologic curiosity is due to volcanic activity. During a volcanic eruption, the hot lava found its way up to the surface through two underground chimneys. After the eruption, the hot lava inside the chimney, eventually cooled off and solidified. Then over thousands of years, the surrounding soil, being softer was slowly washed away by erosion, revealing two magnificent volcanic peaks. 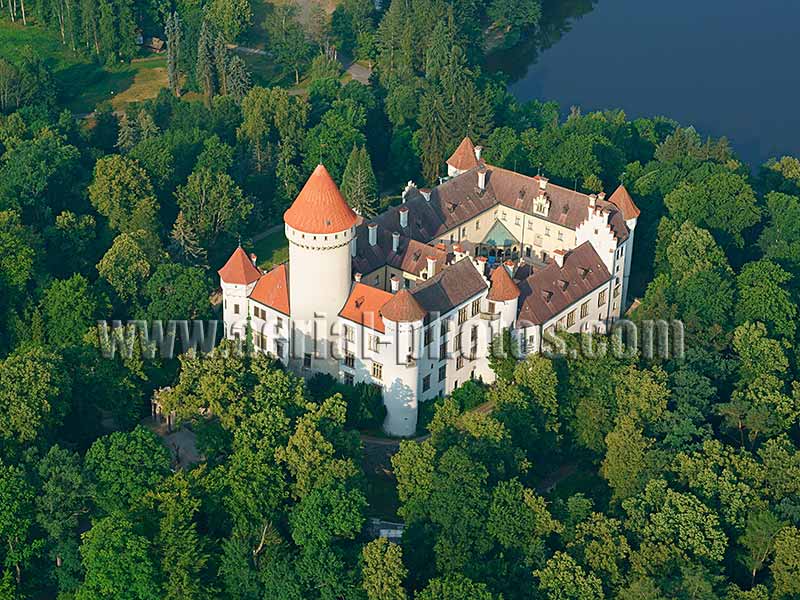 Konopiště Castle dates back to the late 13th century. In 1887, Archduke Franz Ferdinand, heir to the autro-hungarian throne acquired the castle and the estate surrounding it. This was his main residence until June 1914, when he was assassinated on a military reconnaissance trip in Bosnia. This event precipitated World War I. Benešov, Central Bohemia, Czech Republic. 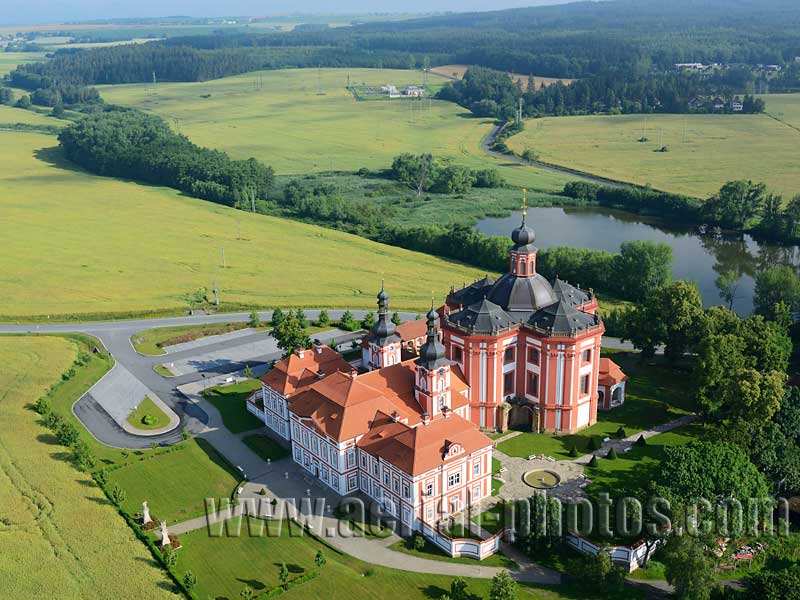 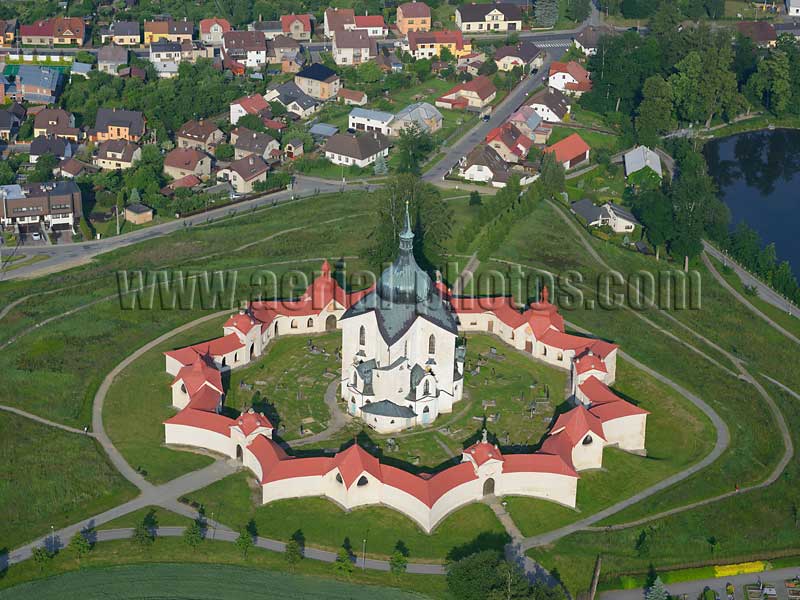 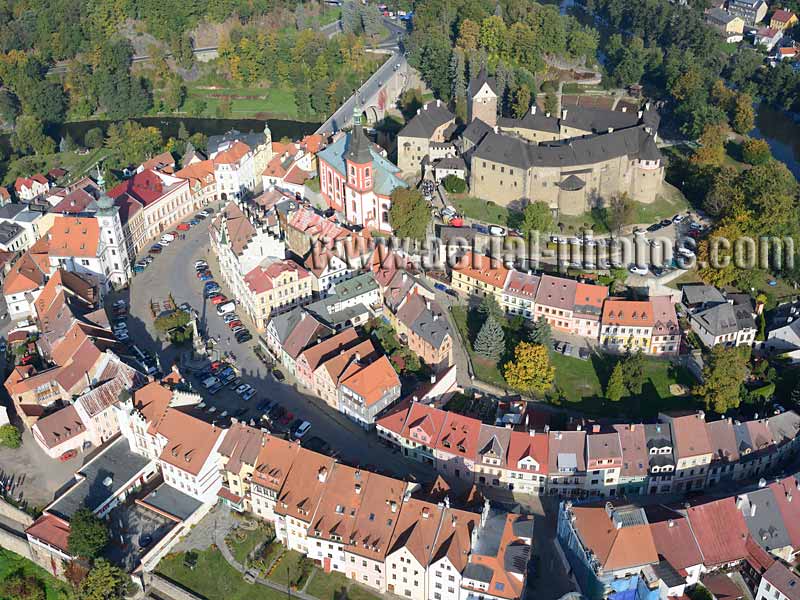 12th-century Loket castle stands at the hilltop and is surrounded by the medieval town. It is situated within a meander of the Ohře River, hence the name loket which means elbow in Czech. Karlovy Vary, Czech Republic. 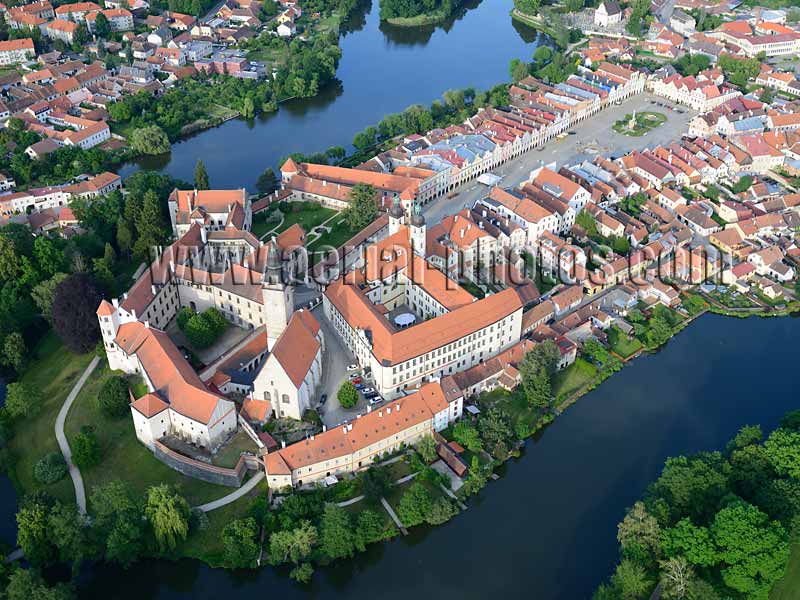 The historic center of Telč with St. James' church, the castle and the square. A significant sight in Telč are the colorful well-preserved renaissance and baroque houses of the square, some from the 15th century and others from the following centuries. These houses are listed as a Unesco World Heritage site. Vysočina, Czech Republic. 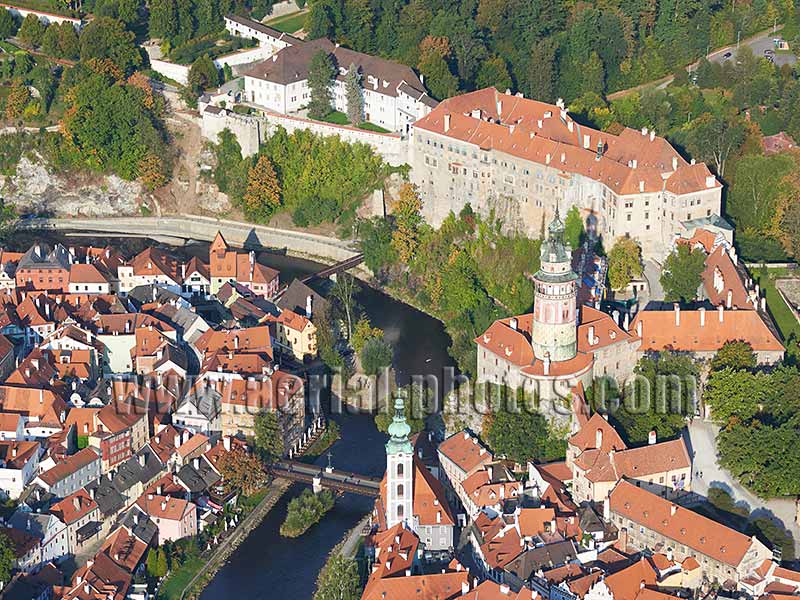 The Castle of Český Krumlov is situated on top of a cliff, from there it overlooks the old town within the natural protection of a meander of the Vltava River. The original castle dates back to the early 13th century. Due to its rich architectural heritage, the medieval town near the castle gained the status of UNESCO World Heritage Site in 1992. Český Krumlov, South Bohemia, Czech Republic. 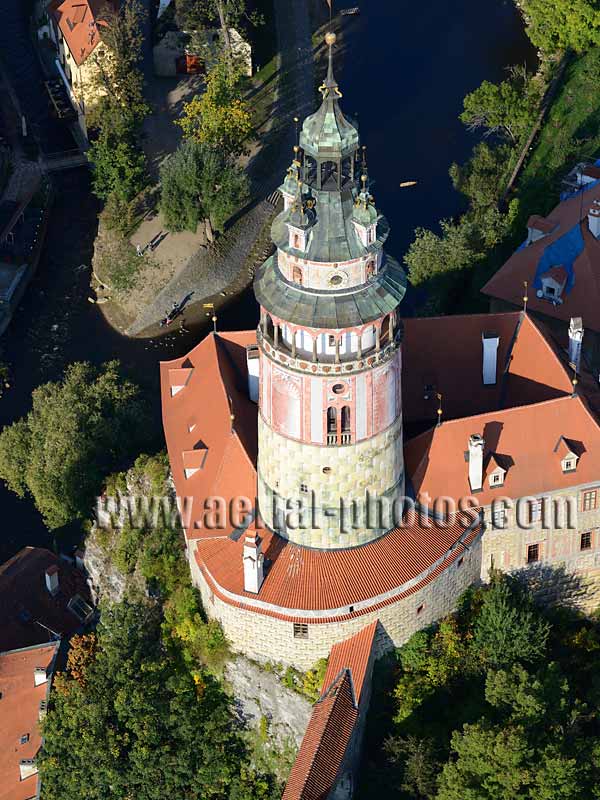 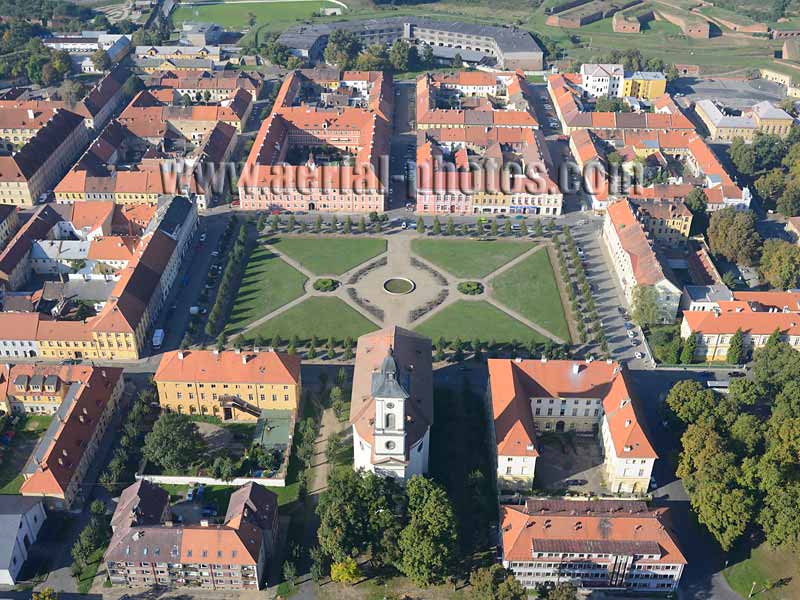 Terezín (German: Theresienstadt) was a military fortress built in the late 18th century under the reign of the Habsburg emperor Joseph II, he named it Theresienstadt after his mother empress Maria Theresa. This is the main fortress of Terezín, west of the Ohře River. It became a Jewish Ghetto / concentration camp during World War 2. Ústí nad Labem, Czech Republic. 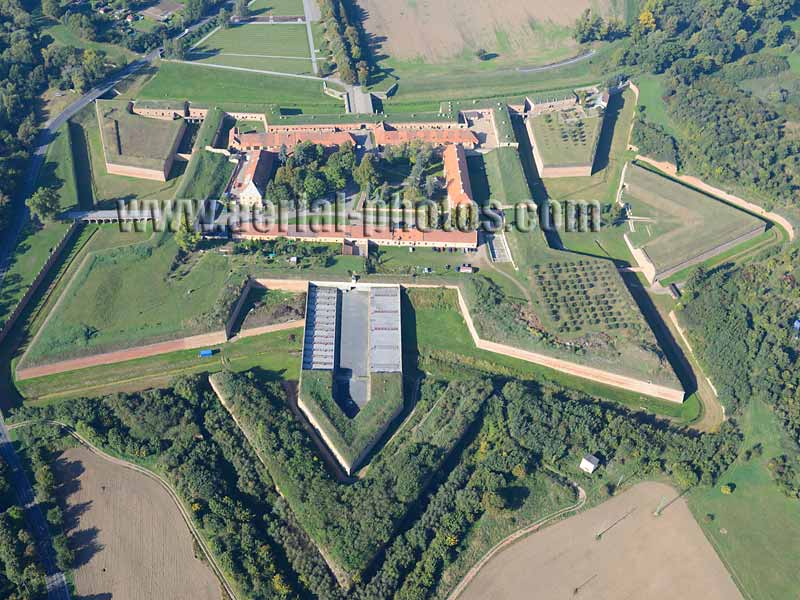 The small fortress of Terezín (German: Theresienstadt) is seperated from the main fortress by the Ohře River. It served as the prison of the Prague Gestapo during World War 2. Ústí nad Labem, Czech Republic. 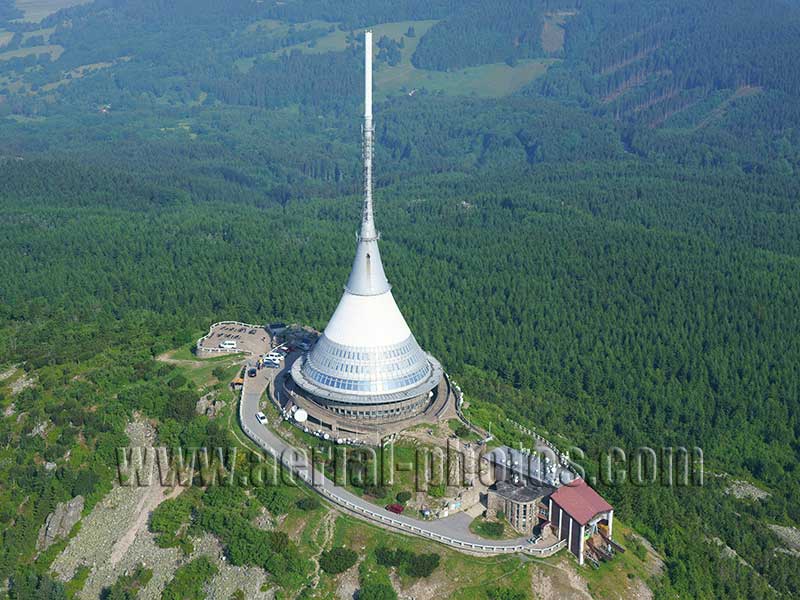 The 94-meter-high Ještěd Tower crowns the summit of Mount Ještěd (elevation: 1012m). This multipurpose conical tower is a television transmitter and a hotel / restaurant. It can be reached either by road or by a cable-car. Liberec, Czech Republic.

Aerial view of the statues of Saints Cyril and Methodius on the historic Charles Bridge (Czech: Karlův most) over the Vltava River. Prague, Czech Republic. 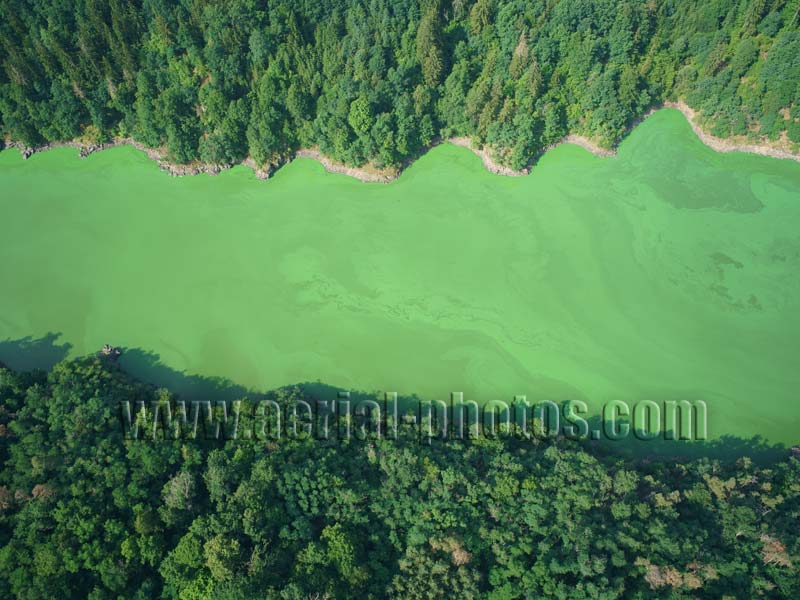 Lake Orlik here on the Otava Valley turn a dazzling green due to the proliferation of algae during the summer. Czech Republic.