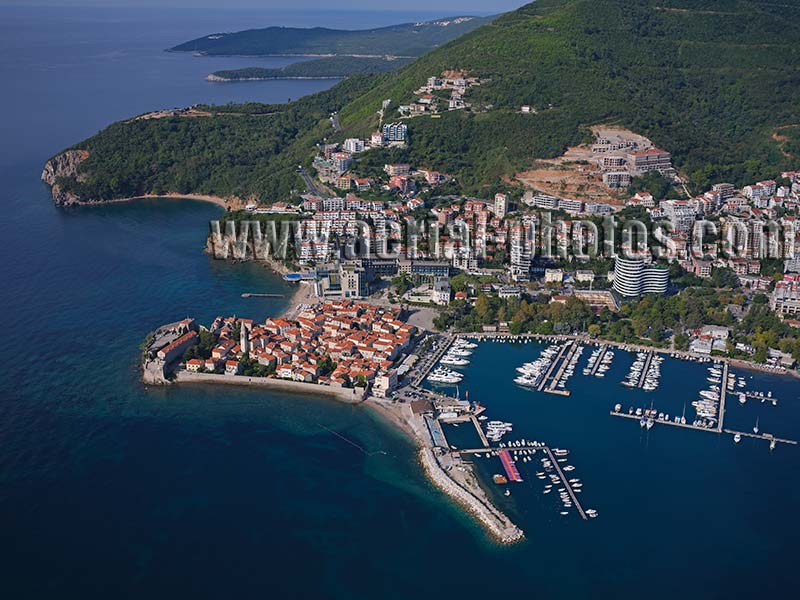 Medieval town of Budva and its marina on the mountainous Montenegrin coast. Montenegro. 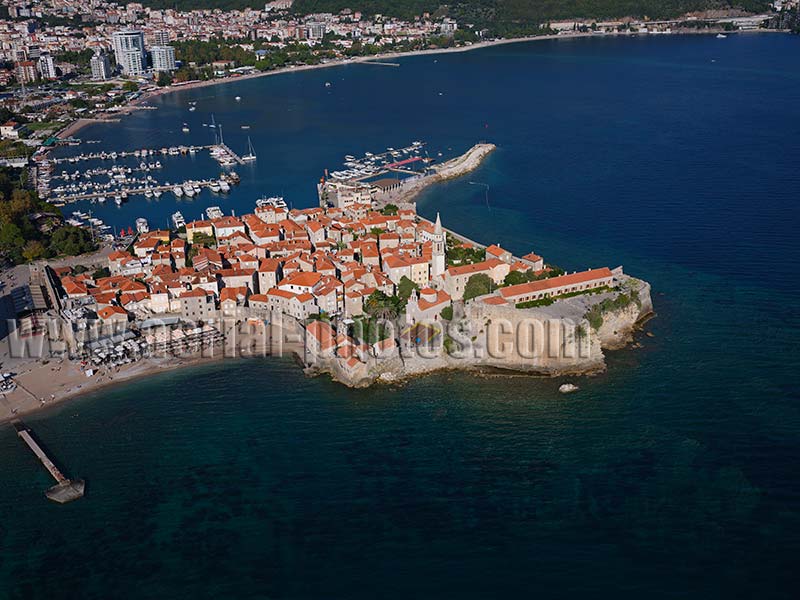 The medieval walled town of Budva is built on a rocky peninsula. Archeological evidence indicates a settlement there of at least 2500 years. Montenegro. 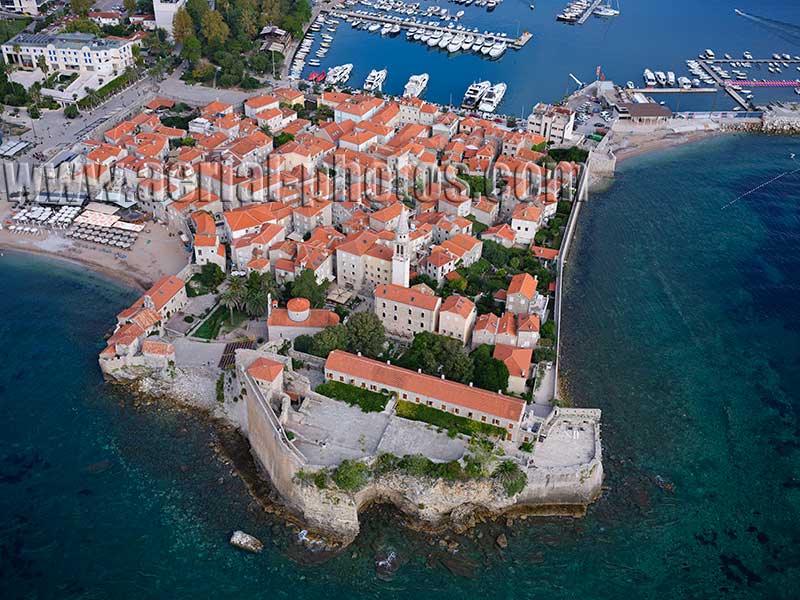 The medieval town of Budva with its charming narrow cobbled streets lined with restaurants and shops is a draw for tourists in the summer months. The coastal area surrounding the town of Budva is called the Budva Riviera. Montenegro. 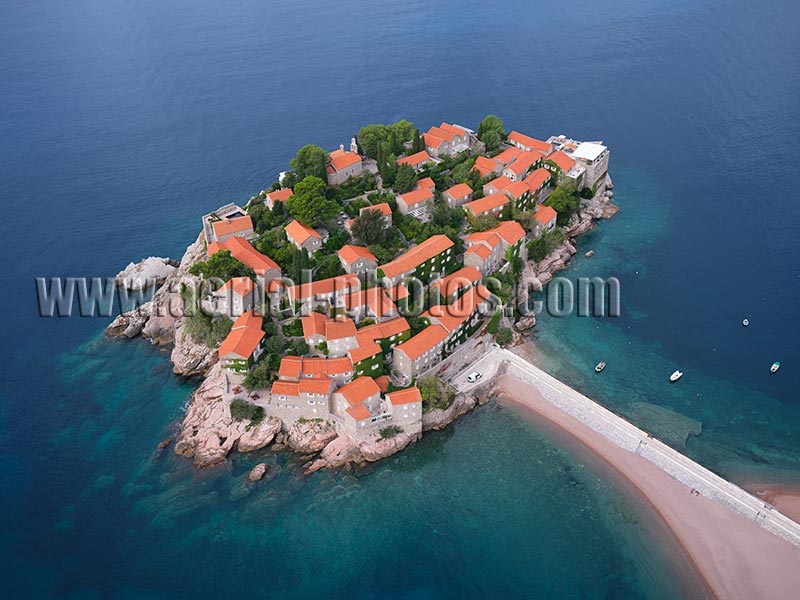 Sveti Stefan is a small rocky island linked to the coast by a tombolo. In the 15th century, a fortified village was built. Initiated by the Montenegrin government to revitalize the island, a call for international tenders was launched. Aman Resorts’ bid was chosen and awarded a 30-year lease in 2007. Since 2009, the restored site accommodates those in search of the ultimate in luxury in a truly picturesque setting. Budva Rivera, Montenegro. 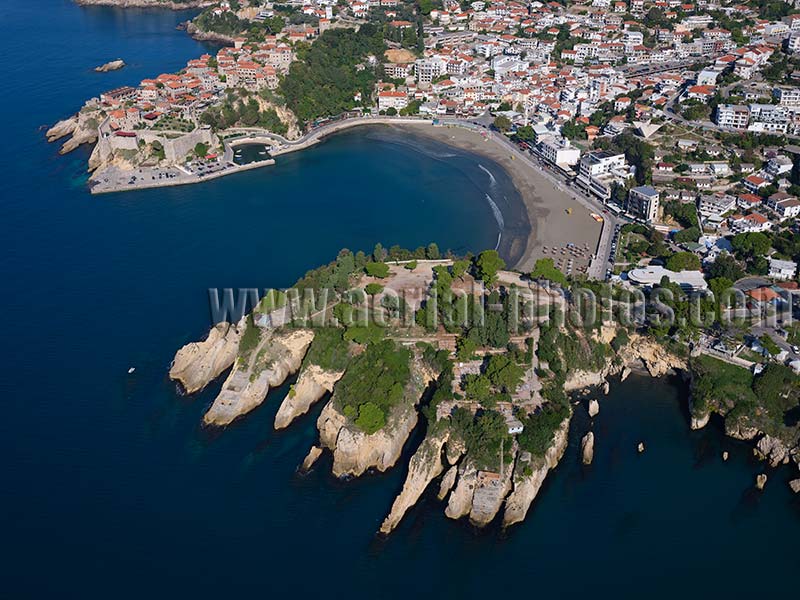 Small sheltered bay between the craggy Jadran Peninsula and the medieval town of Ulcinj on the Adriatic coast. Montenegro. 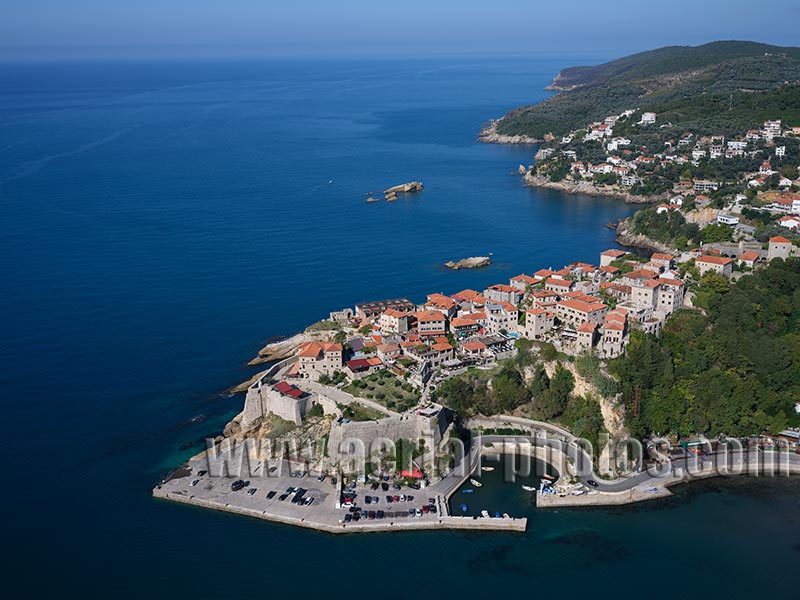 The medieval town of Ulcinj is one of the oldest settlement on the Adriatic coast. Montenegro. 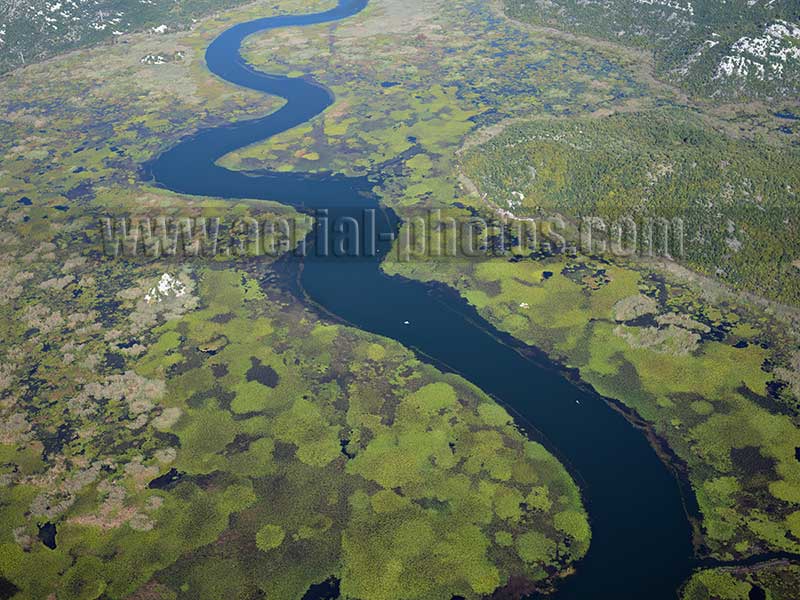 Large fields of water lilies give Lake Skadar the appearance of a river. This is the largest lake in the Balkans, its surface area varies seasonally between 370km2 and 530km2. The lake separates Montenegro from Albania. Riječani, Montenegro. 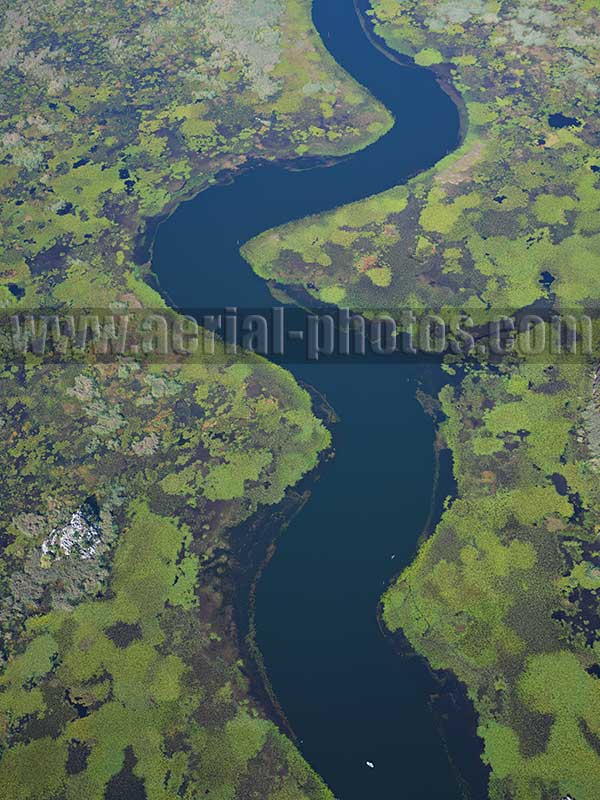 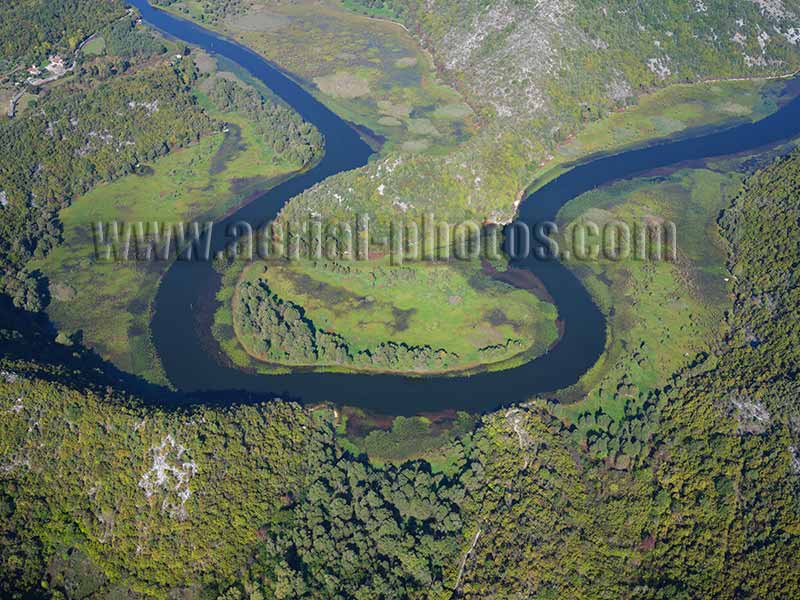 Meander near the inflow of the Rijeka (river) Crnojevića. The lake’s main inflow is the Morača River, which provides about 62% of the lake’s water. The lake is named after the Albanian town of Shkodër located at the lake’s outflow. Riječani, Montenegro.