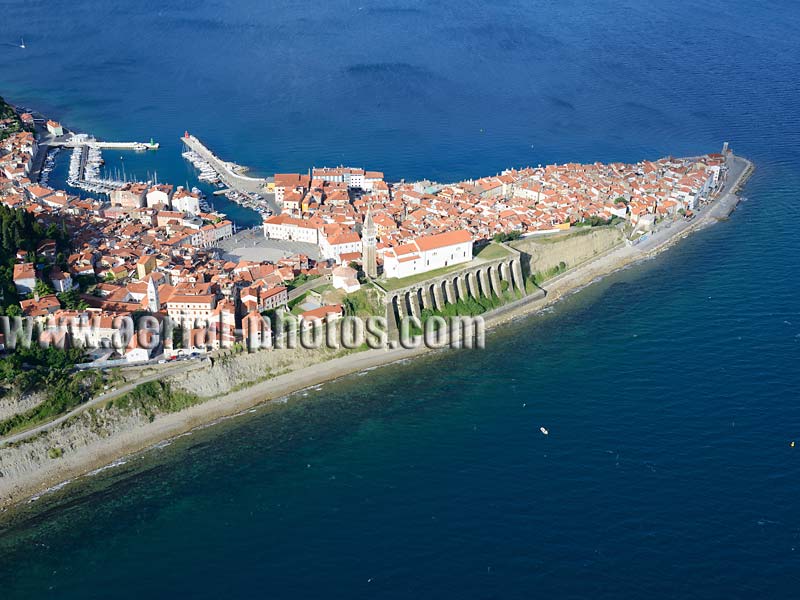 Piran is a medieval town built on a narrow promontory jutting out into the Adriatic. For centuries, salt harvesting has been the main economy of the town, to this day. The town of Piran is also officially called Pirano, its Italian name. Piran and the other towns on the Slovenian coast were under the sovereignty of Italy until the defeat of the Axis powers at the end of World War II. Slovenia. 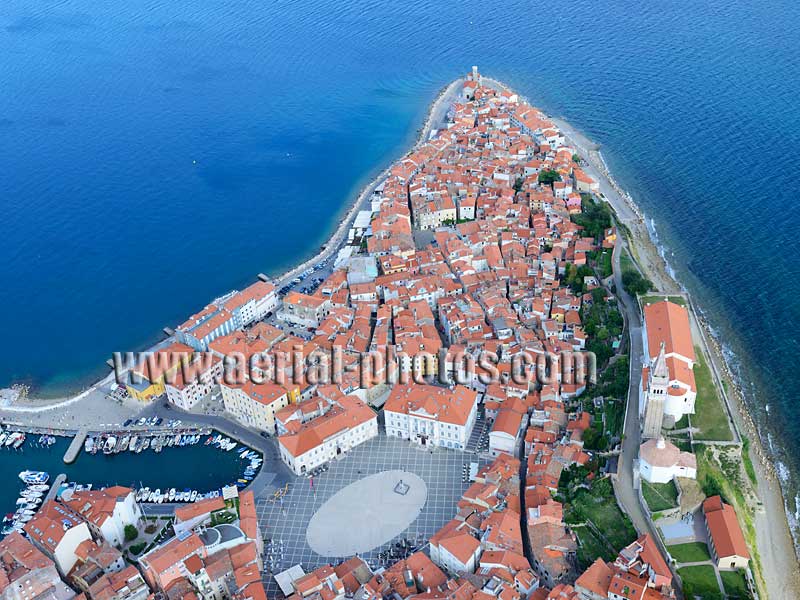 Being picturesque with many historical monuments and its Mediterranean climate make Piran a popular tourist destination. Perched on a small mound stands St. George's Parish Church, it was built in the late 16th / early 17th centuries. Slovenia. 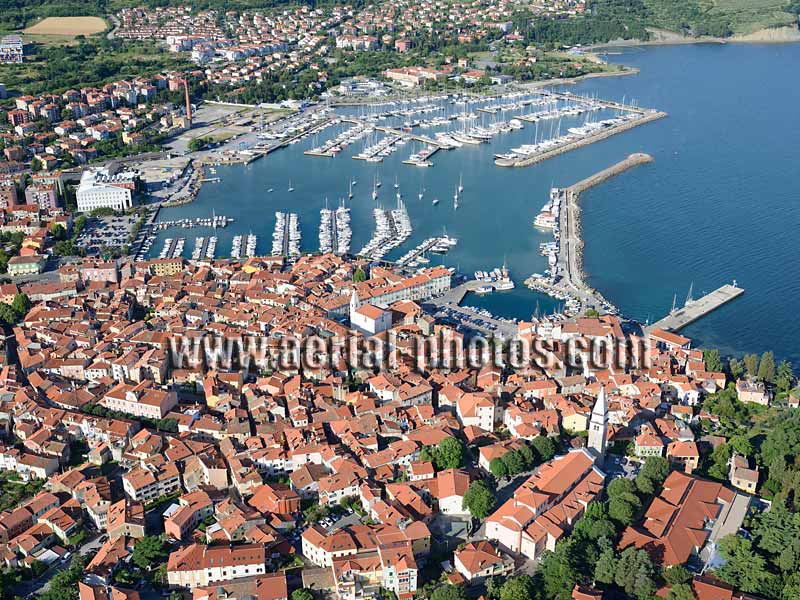 Izola is an old fishing town between Piran and Koper on the Slovenian littoral. Izola is also officially called Isola, its Italian name. 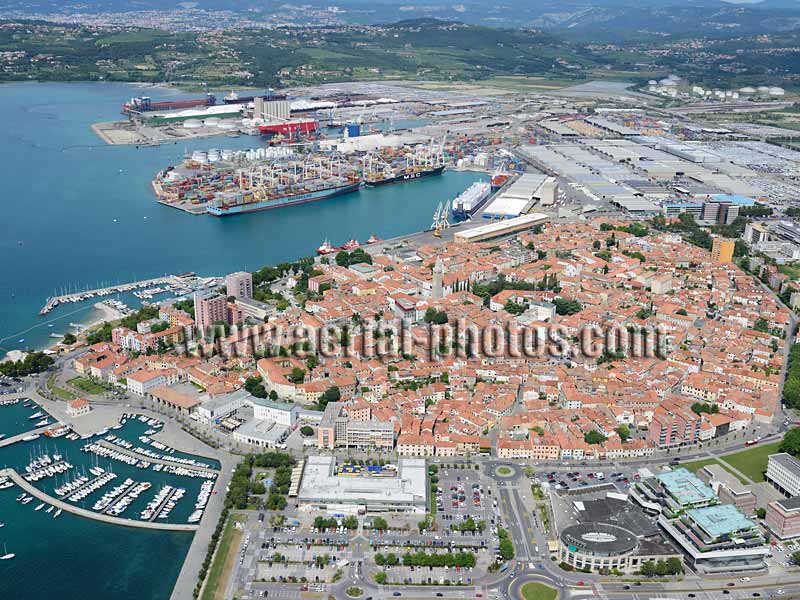 Koper is the largest city on the Slovenian coastline. Slovenia has a small maritime coastline of about 40 kilometers, quite small compared to its surface area of 20,271km2, but at least it has an access to the Mediterranean for commerce. Koper is also officially called Capodistria, its Italian name. 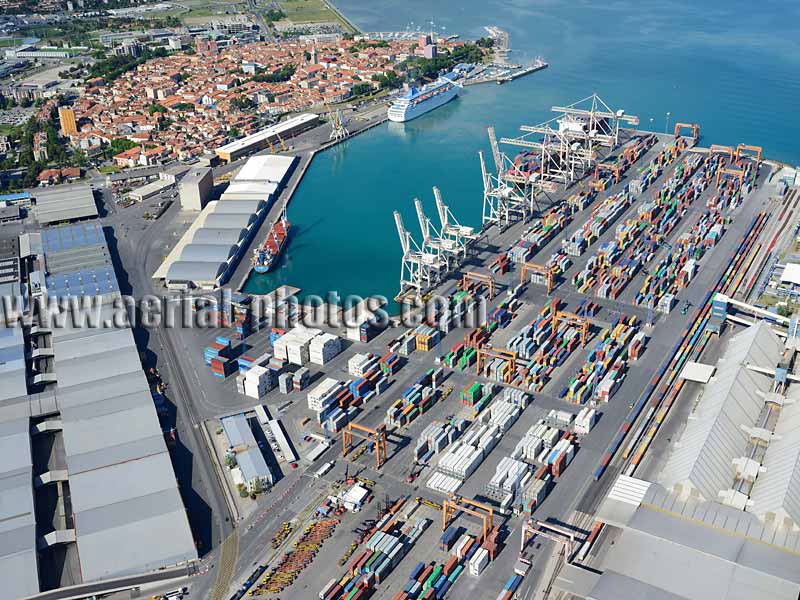 From its beginning under the Roman Empire to the present, the port has been the major contributor to Koper’s economy. Tourism also contributes to the area’s economy; it is an important stop for cruise liners on the Mediterranean. 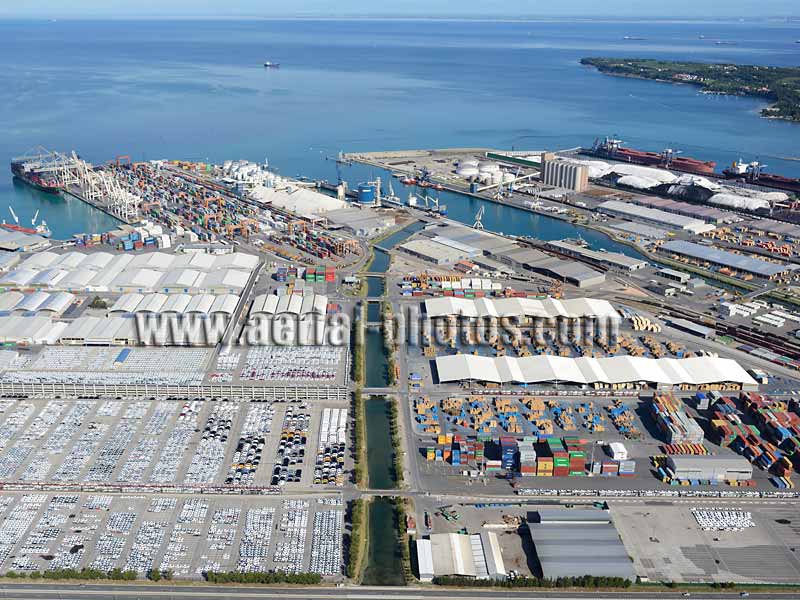 In 2020, Koper’s harbor saw nearly 20 million tons of goods passing through its gates. It is an important link between South East Asia and Central Europe. Slovenia. 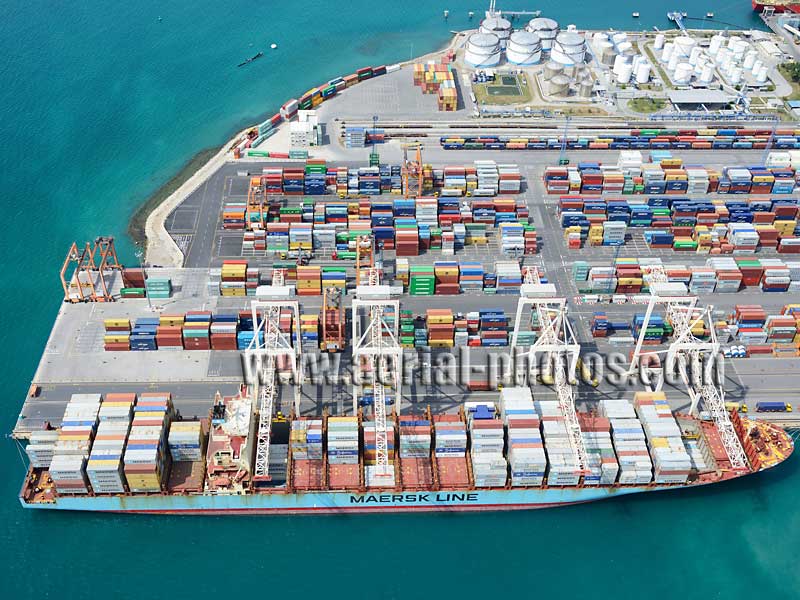 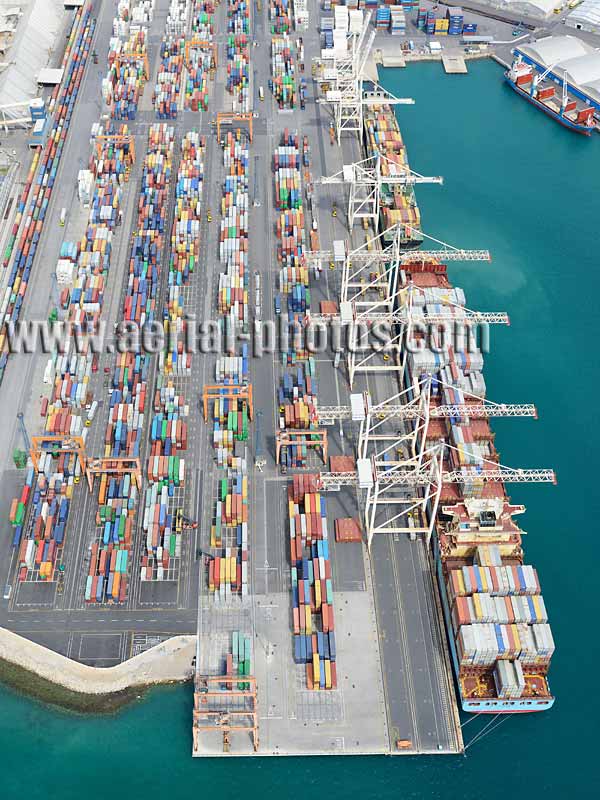 Koper’s container terminal is 596-meter-long and has a capacity of 19,130 TEU plus an additional 9,547 TEU for storing empty containers (TEU stands for Twenty foot Equivalent Unit. Most containers are Forty-foot-long (12.19m), and are equal to 2 TEU). Slovenia.

Made in Slovenia, these French and German cars are ready to be shipped out of the country while cars from Japan, South Korea and Turkey are imported. In 2018, 754,409 cars passed through the car terminal. Slovenia. 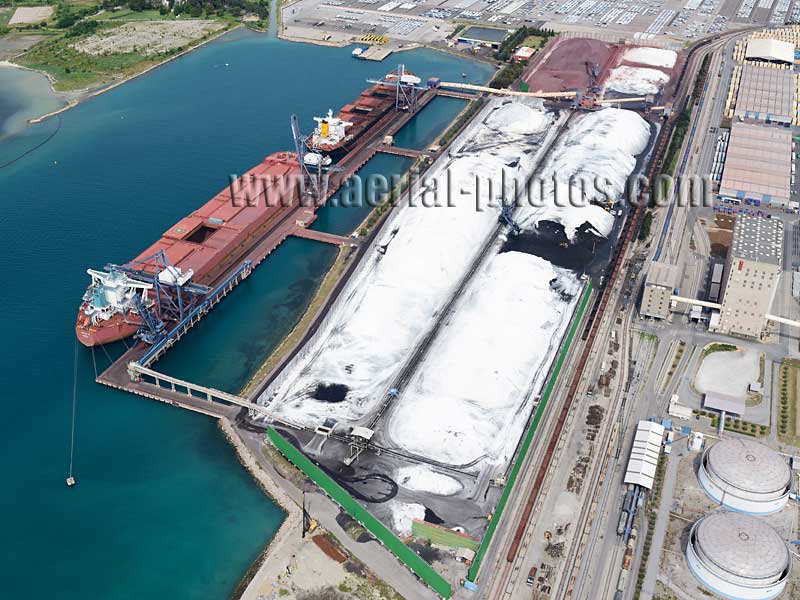 Supplying the energy sector and the steal industry, iron ore and coal are temporarily stored between a cargo ship and a freight train. The iron ore and the coal are covered with a cellulose mixture to prevent the spread of unhealthy particles on windy days. Ankaran, Slovenia. 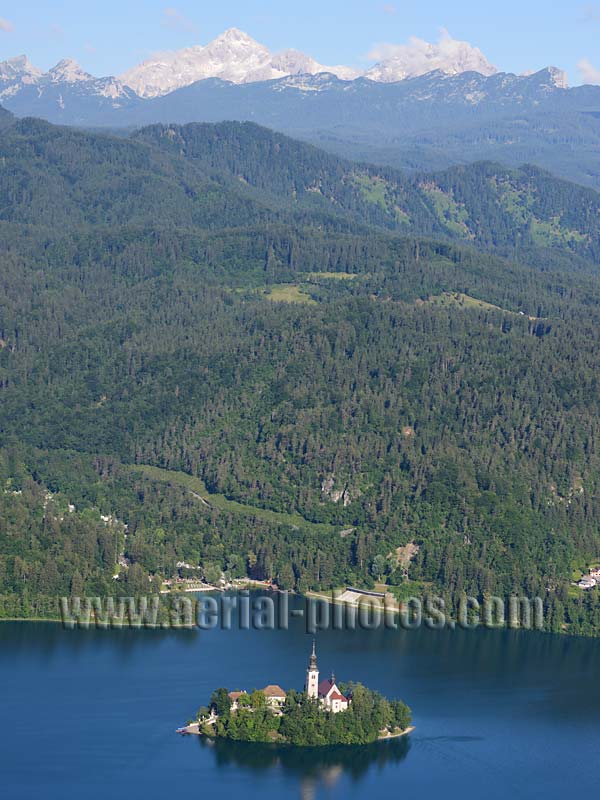 Lake Bled is a picturesque lake in the Julian Alps, it is located a short 55km-drive from Ljubljana, the capital city. Looking west, 20km as the crow flies behind Bled Island stands Mount Triglav (altitude: 2864m), the highest peak in Slovenia. Upper Carniola, Slovenia. 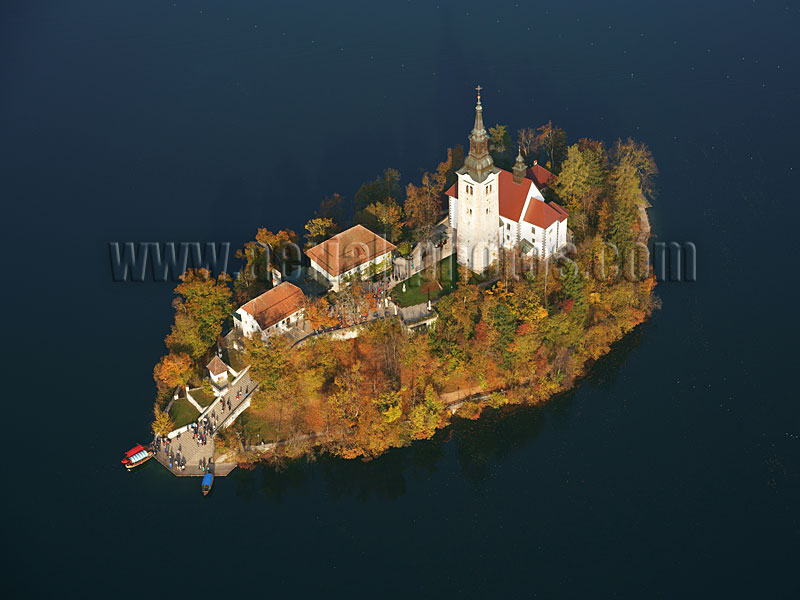 The presence of a religious building of the Christian faith on the islet dates back to as early as the 8th century. Standing conspicuously on top of the rocky islet is a 52-meter high bell tower. Access to this religious landmark is through the famous 99 steps, which date back to 1655. Upper Carniola, Slovenia.