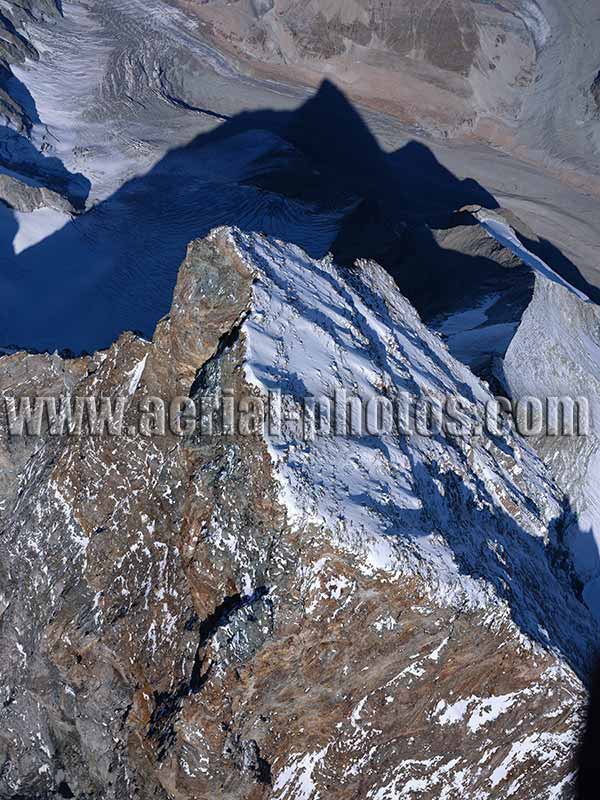 The isolated summit of Matterhorn / Cervino (elevation: 4478m), has a distinctive ridge which separates Italy (left of ridge) from Switzerland. This 100-meter-long very aerial east-west ridge also straddles the watershed between the Po basin in Italy and the Rhône basin in Switzerland, then France. Its summit was reached for the first time in 1865 by a party of seven led by Edward Whymper. This is a difficult and dangerous climb, four people fell to their deaths in that historic first ascent, and an estimated five hundred people have died ever since. Zermatt, Canton of Valais, Switzerland / Breuil-Cervinia, Aosta Valley, Italy. 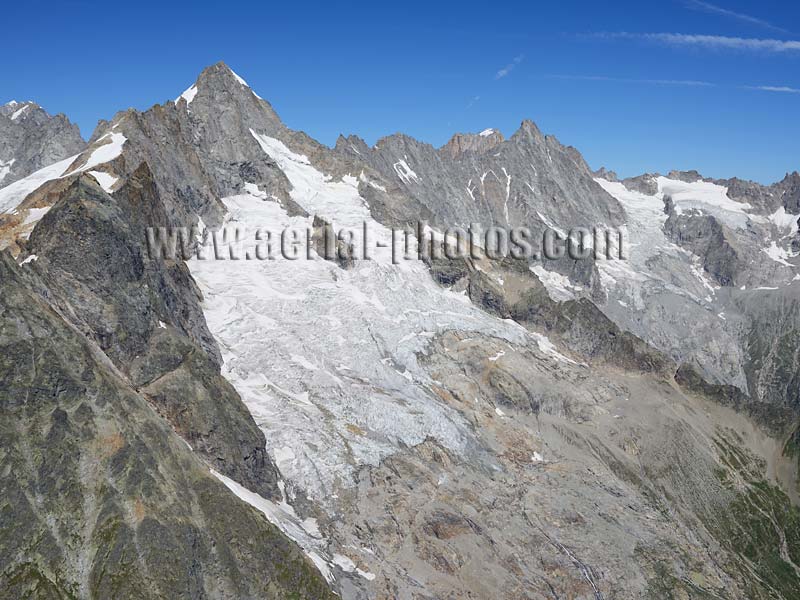 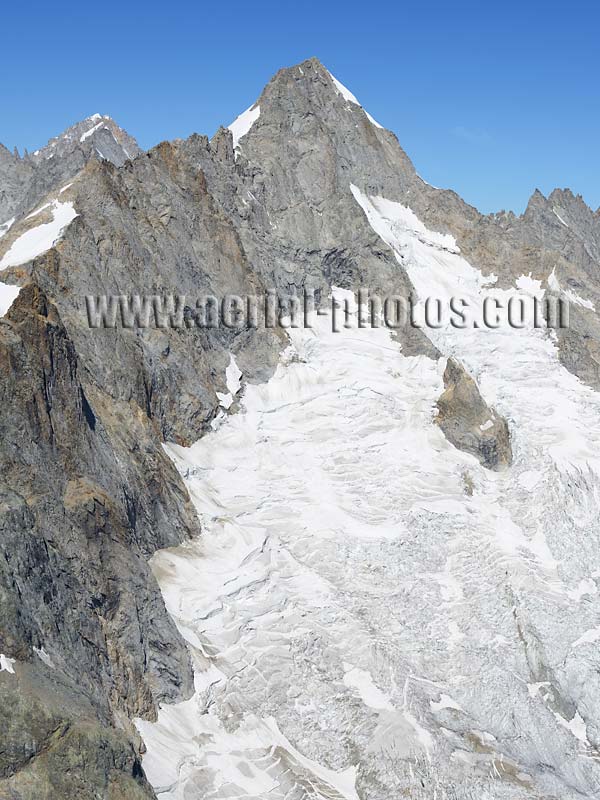 Swiss side of Mont Dolent and its east-facing glacier. Mont-Blanc Massif, Tripoint of France, Italy and Switzerland. 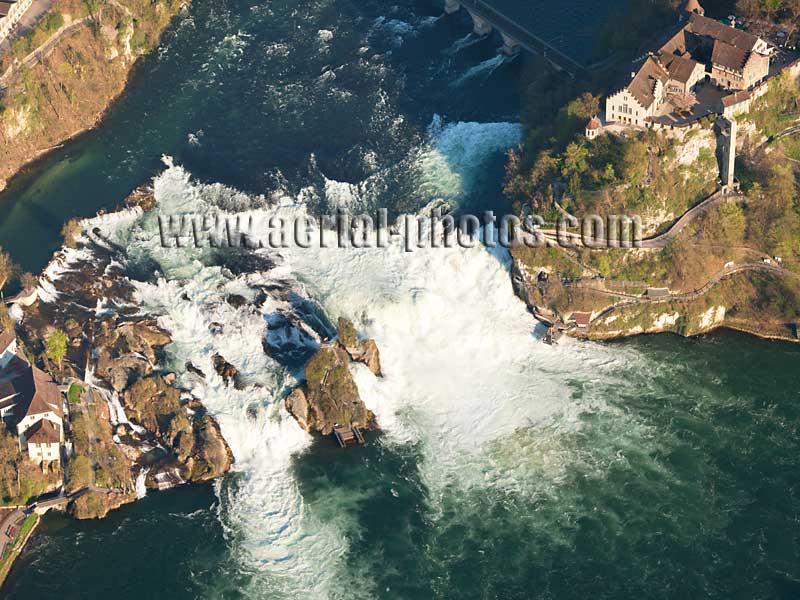 The medieval Castle of Laufen overlooks the massive, thundering Rhine Falls. The castle, being a significant heritage site, and the adjacent spectacular falls, are a boost to the local economy. Laufen-Uhwiesen (left bank of the Rhine), Canton of Zürich, Switzerland. 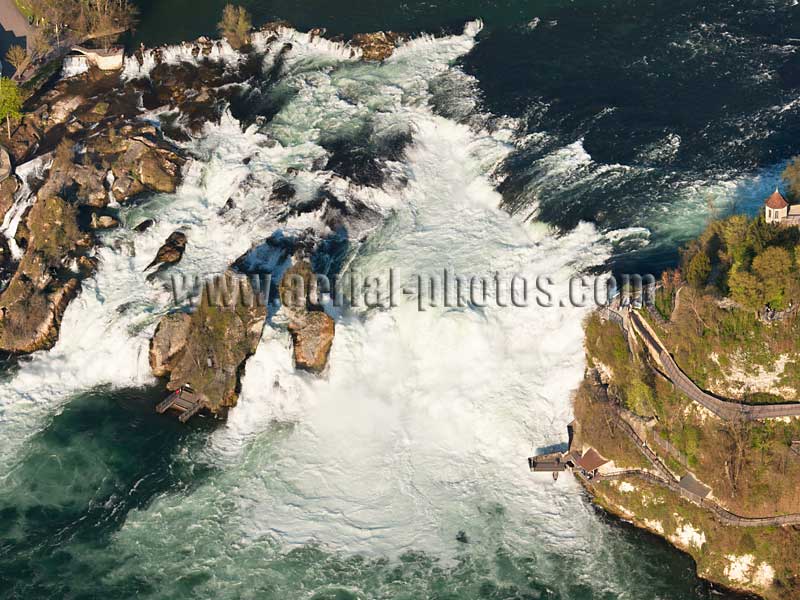 The Rhine Falls is the largest waterfall in Europe with an average flow between 250 m3/s in winter and 600 m3/s in summer. The lowest recorded water flow was 95 m3/s in 1921, the highest was 1,250 m3/s in 1965. The Rhine Falls has a height of 23 meters and a width of about 150 meters. Rhine Falls, Canton of Schaffhausen (right bank) and Canton of Zürich (left bank), Switzerland. 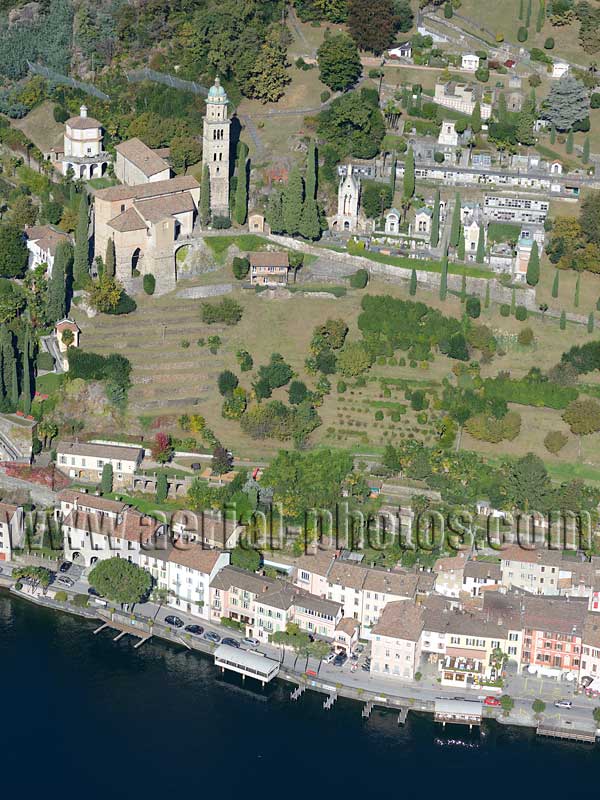 The Pilgrimage Church of Santa Maria del Sasso (circa 13th century) and the historic cemetery overlooks the village of Morcote on the shores of Lake Lugano (elevation: 271m amsl). Canton of Ticino, Switzerland. 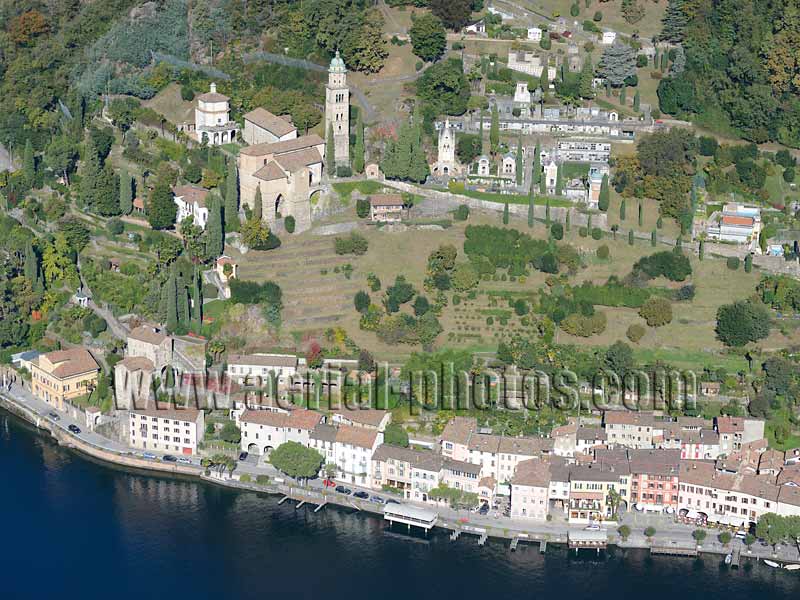 The picturesque village, voted Switzerland’s most beautiful village in 2016, is listed on the Inventory of Swiss Heritage Site. Lake Lugano, Canton of Ticino, Switzerland.