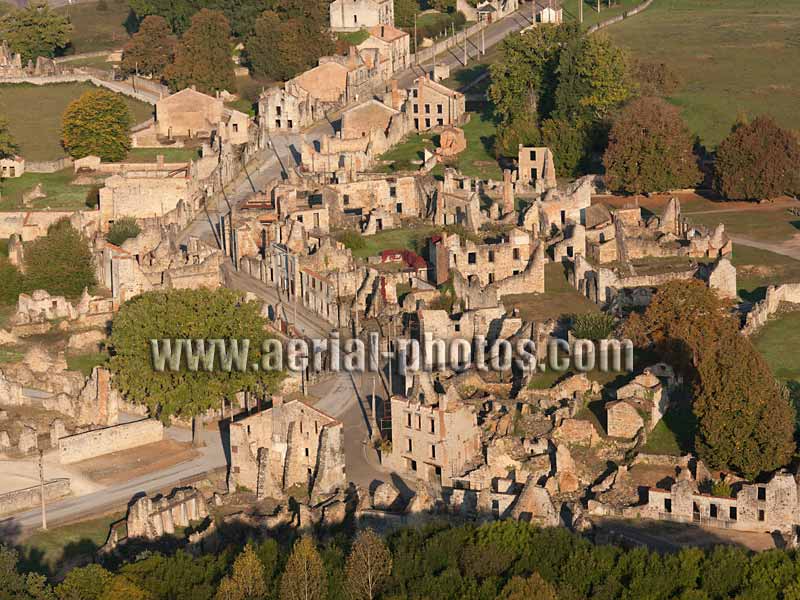 Oradour-sur-Glane is a village devastated by German troops in 1944. This martyr village was not rebuilt and has been left as such for future generations as a memorial to this evil event. Oradour-sur-Glane, Haute-Vienne, Nouvelle-Aquitaine, France. 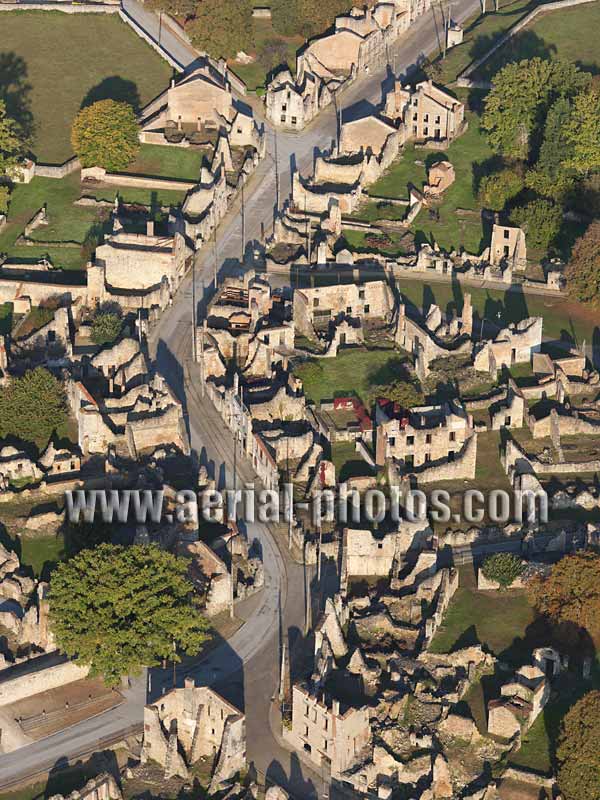 On June 10, 1944, a combat unit of the Waffen SS heading north towards Normandy to reinforce the German troops fighting the Allied Forces of June 6, stopped at Oradour-sur-Glane and systematically killed all the people present, whoever they were, irrespective of age. 643 people died in a few hours, only 6 survived. Oradour-sur-Glane, Haute-Vienne, Nouvelle-Aquitaine, France. 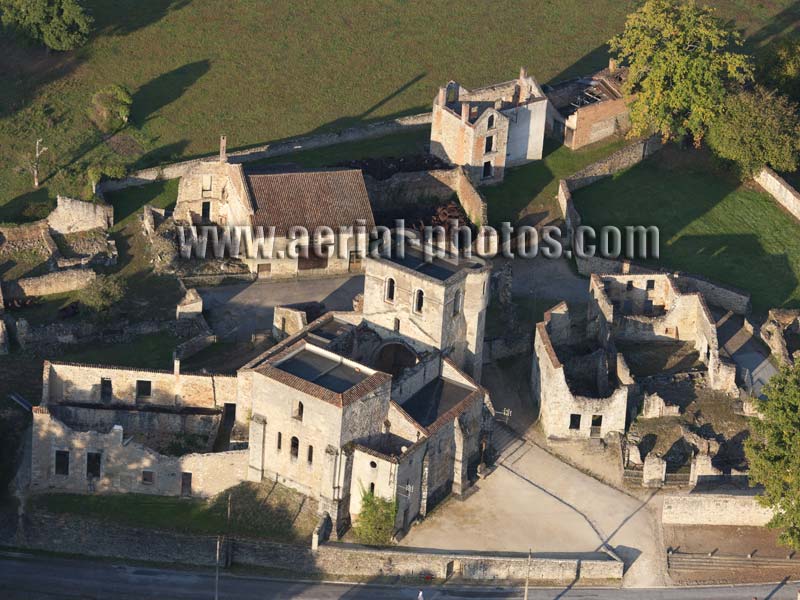 The village was surrounded, preventing any escape. 247 women and 205 children were gathered in this church to be set ablaze by an incendiary device, only one, miraculously survived. Men in the village were gathered in other buildings then shot and set on fire. 5 survived by pretending to be dead under burning corpses. Oradour-sur-Glane, Haute-Vienne, Nouvelle-Aquitaine, France. 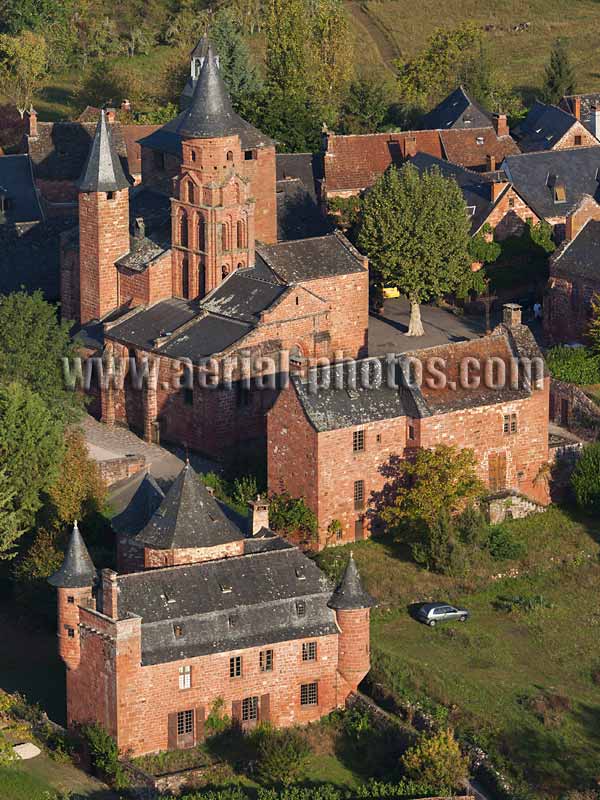 Collonges-la-Rouge is a picturesque medieval village. It is known for its architecture built with a distinctive red sandstone from a nearby quarry. It is one of 158 villages labeled “les plus beaux villages de France” (the most beautiful villages of France). In fact, an association was created in Collonges-la-Rouge in 1982 in order to promote tourism in villages of interest with less than 2000 inhabitants. The effectiveness of improving tourism with such a label has prompted other touristic countries such as Italy, Japan, Spain to follow suit. Collonges-la-Rouge, Corrèze, Nouvelle-Aquitaine, France.