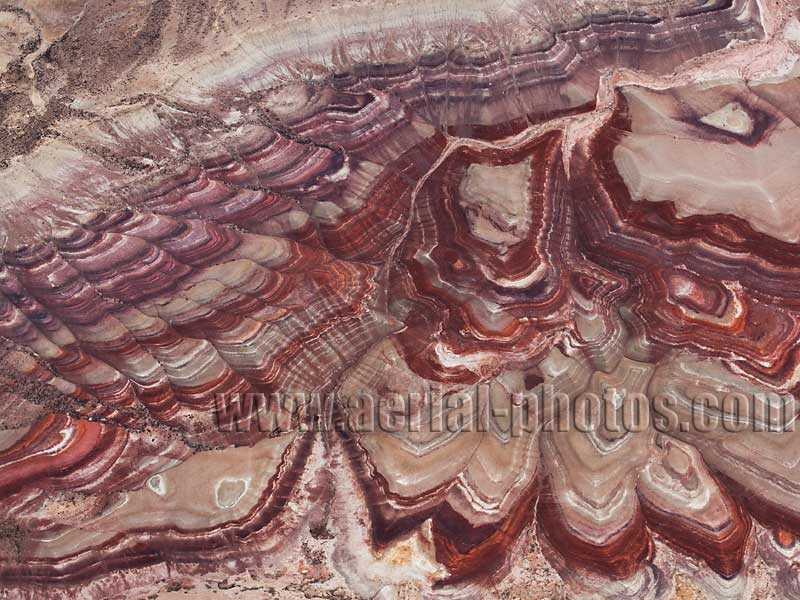 The area around the remote town of Caineville abounds with some of earth’s incredible abstract landscapes. This aerial shot resembles a banded agate gem seen at close range. Wayne County, Utah, United States. 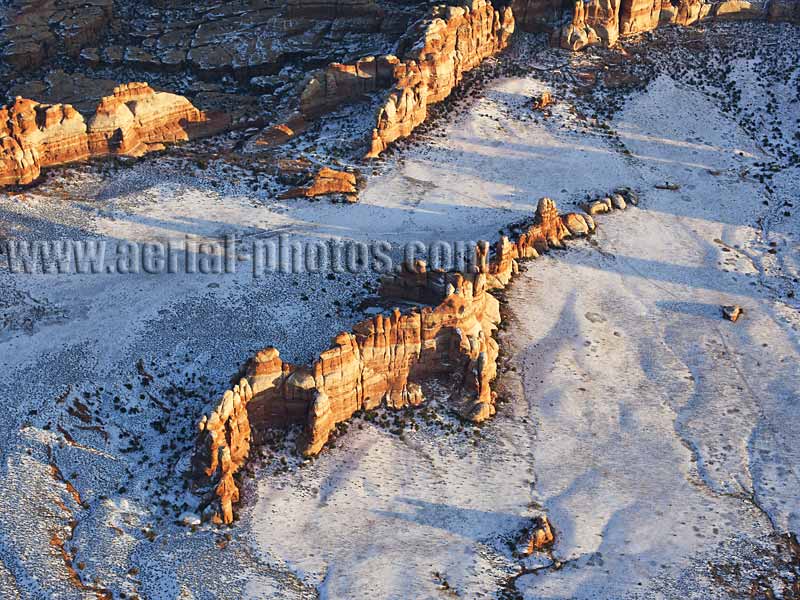 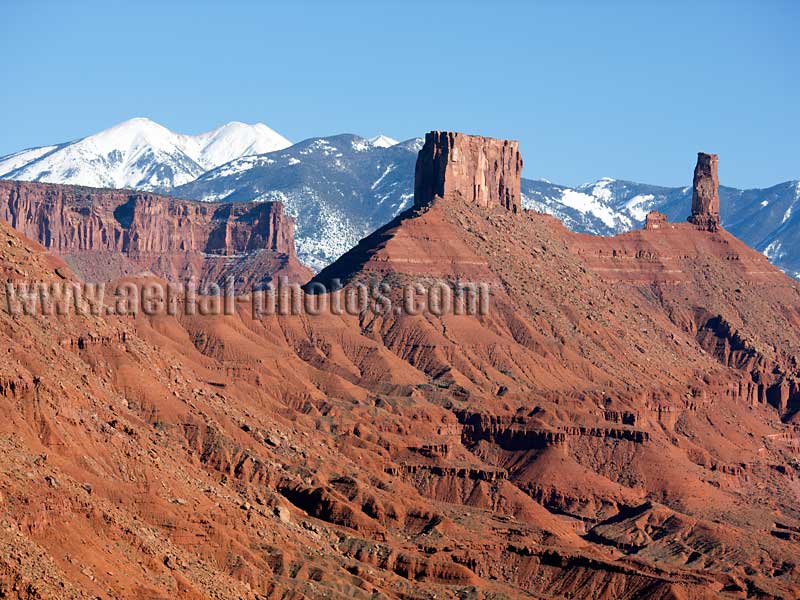 Desert Buttes and Alpine Peaks Combo. The varied Utahn landscapes are a bonanza for the film industry; the landscapes of many countries condensed into one single state. Castleton Tower and La Sal Mountains, Grand County, Utah, United States. 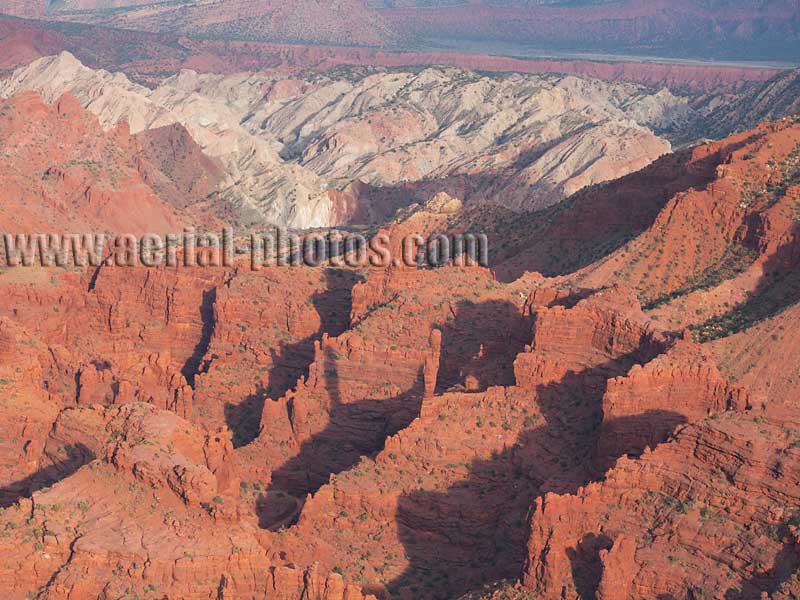 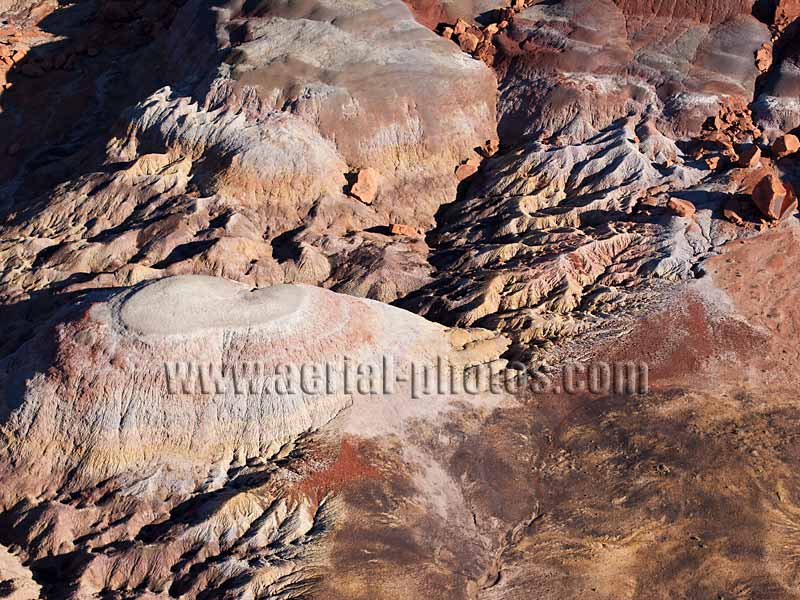 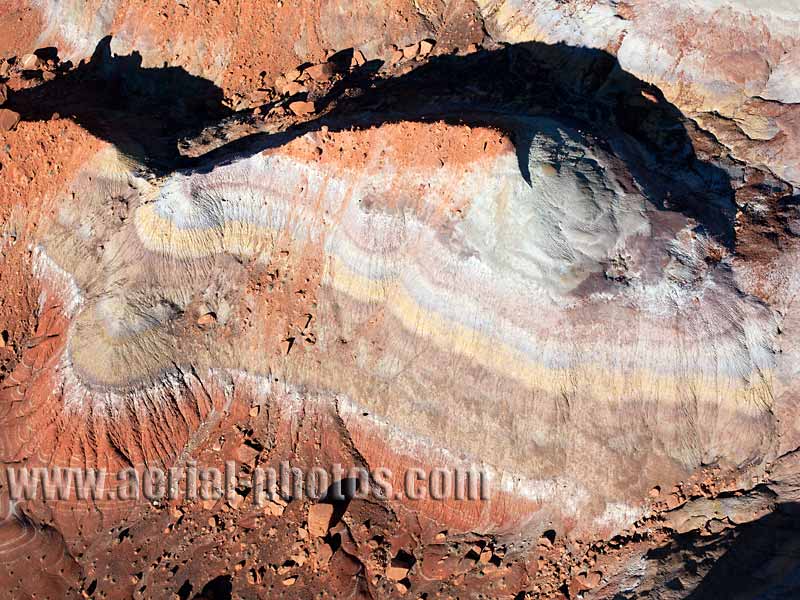 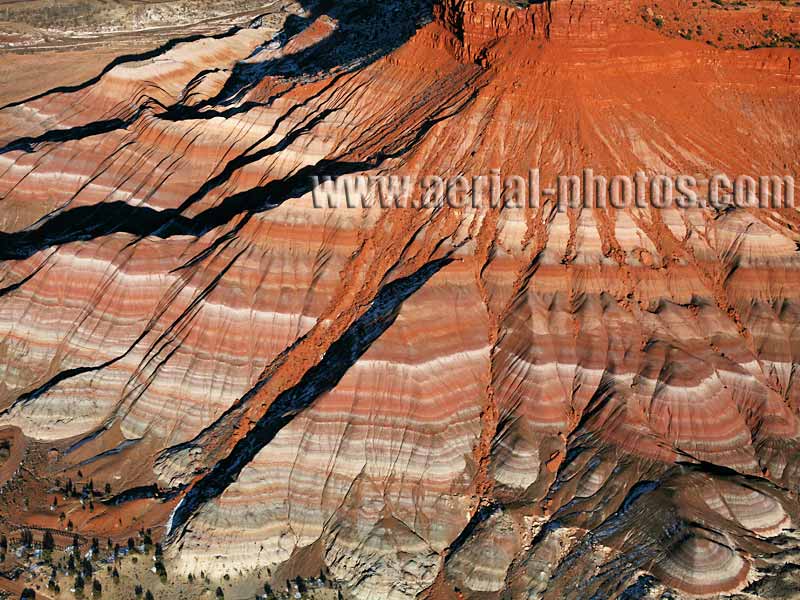 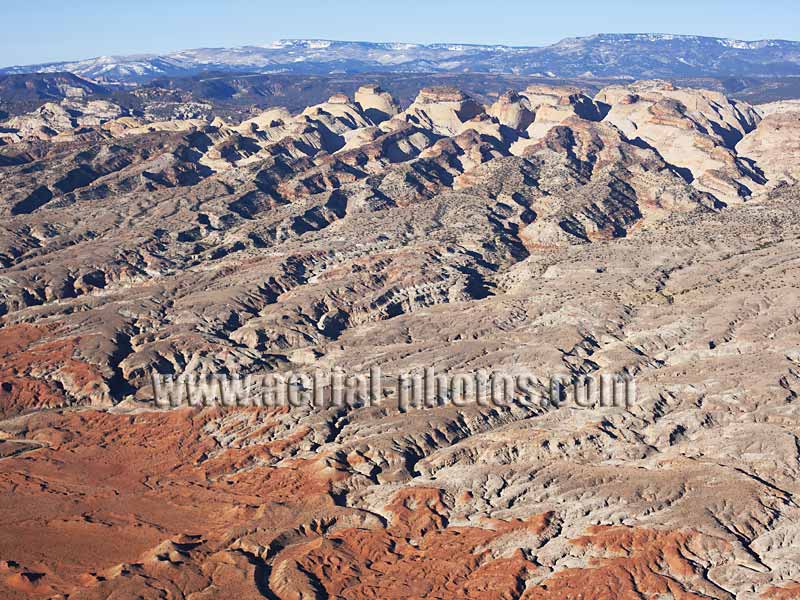 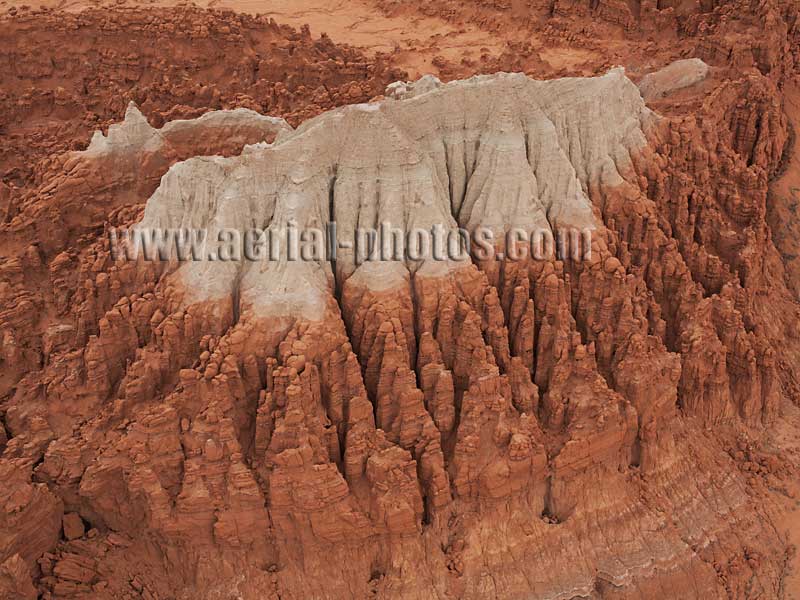 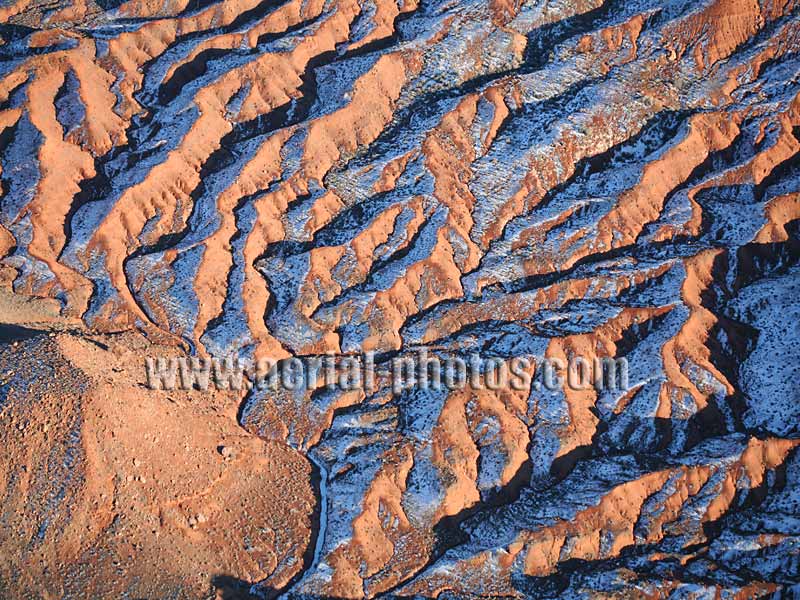 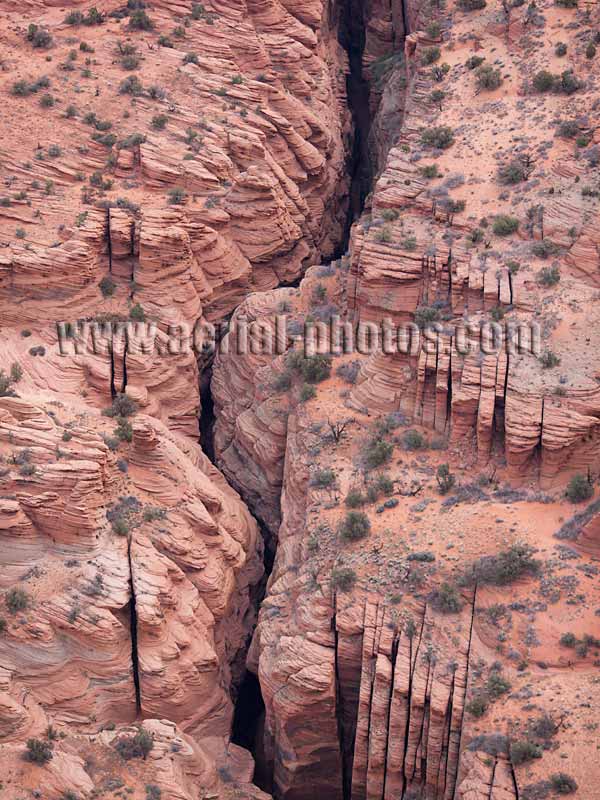 The lofty sandstone tower, named The Titan, has been the background for countless movies and commercials. A favorite spot for photographers at sunset, as this prominent red rock turns even redder. This giant pinnacle is a magnet for rock climbers, with some of them choosing the quick way (probably not the motive), to get back to their vehicles, by base jumping. The base jumper’s open canopy gives a sense of scale to the 274-meter-tall (900-foot) rock. Fisher Towers, Grand County, Utah, United States. 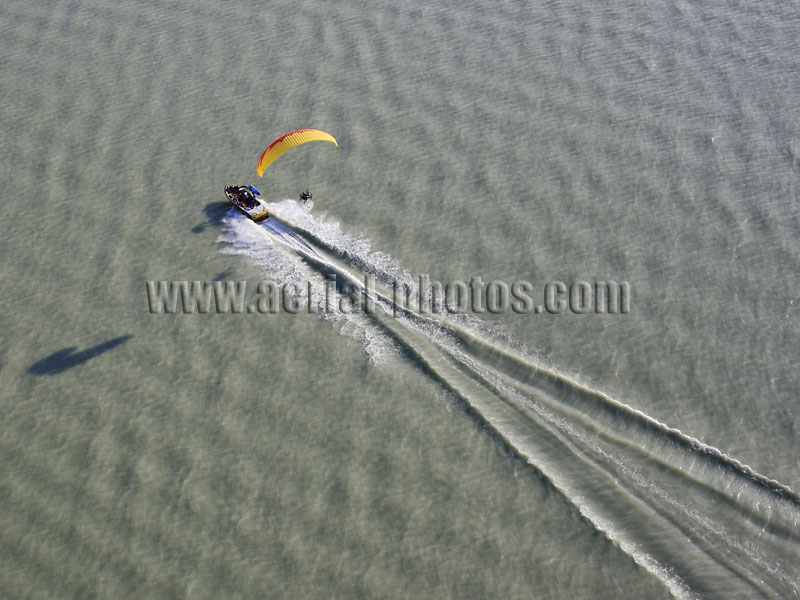 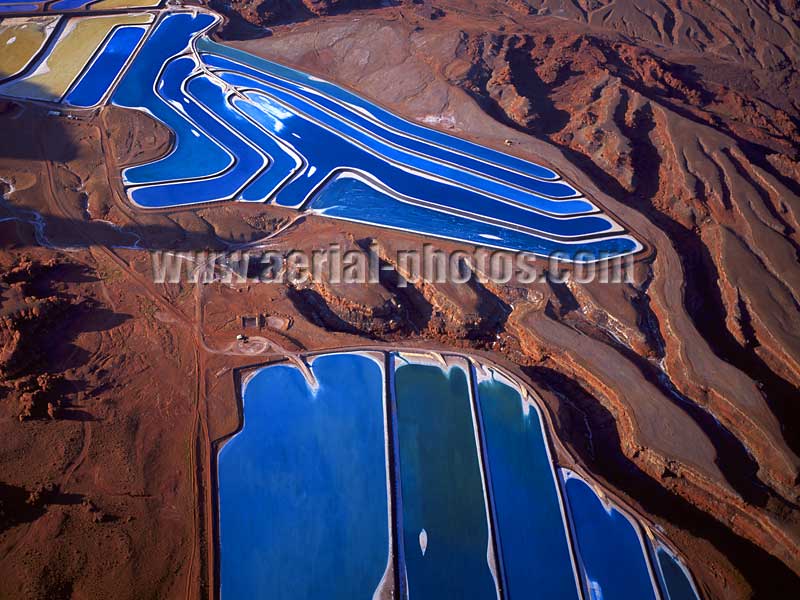 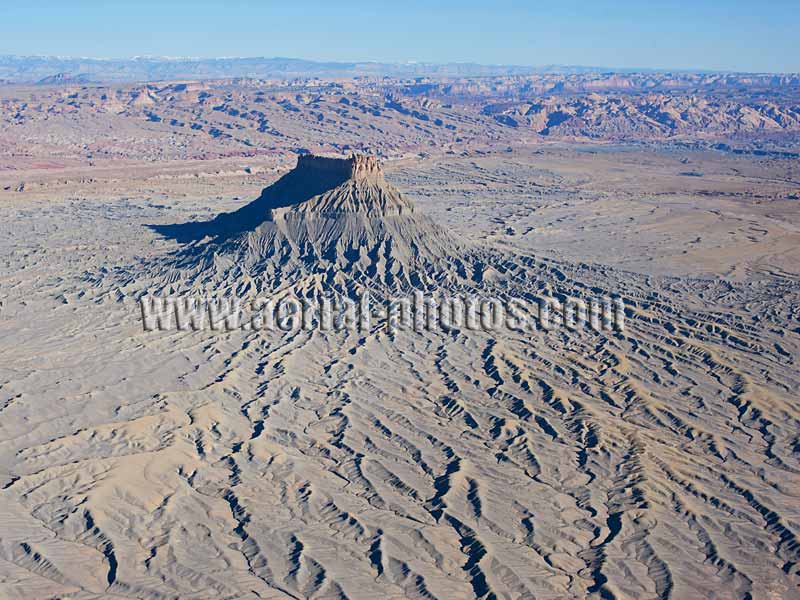 Factory Butte is an isolated, imposing butte towering high above the badlands. The butte is mostly shale from the Jurassic Mancos Formation with the top capped by Cretaceous Emery Sandstone. Its elevation is 1926 meters (6321 feet) and its height above the gentle slope of badlands is approximately 500 meters (1640 feet). Wayne County, Utah, United States. 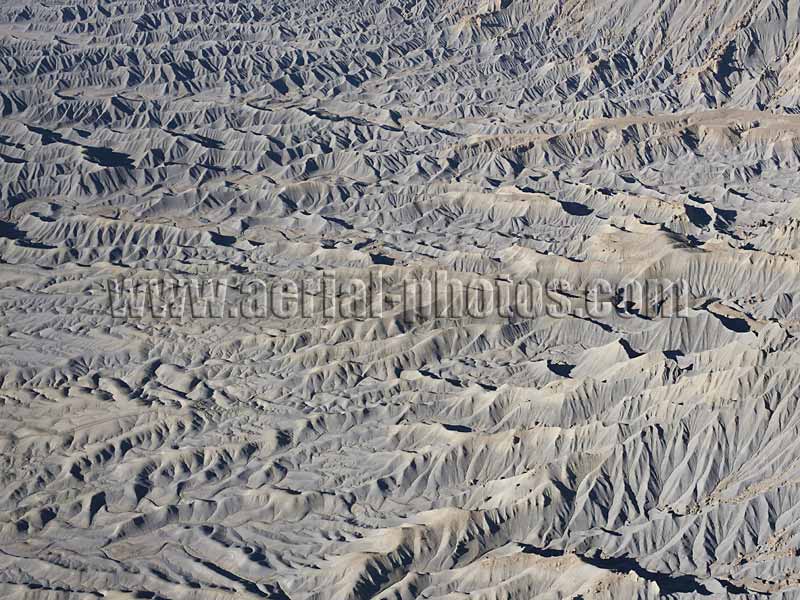 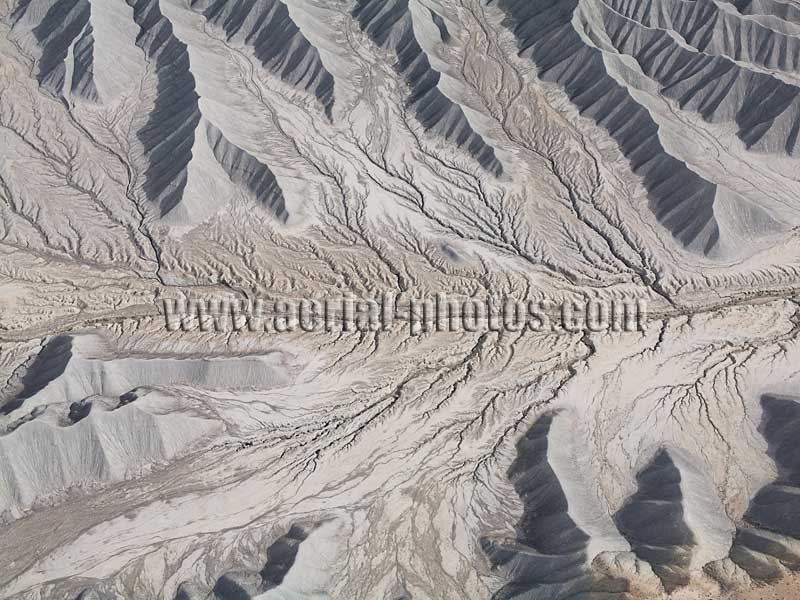 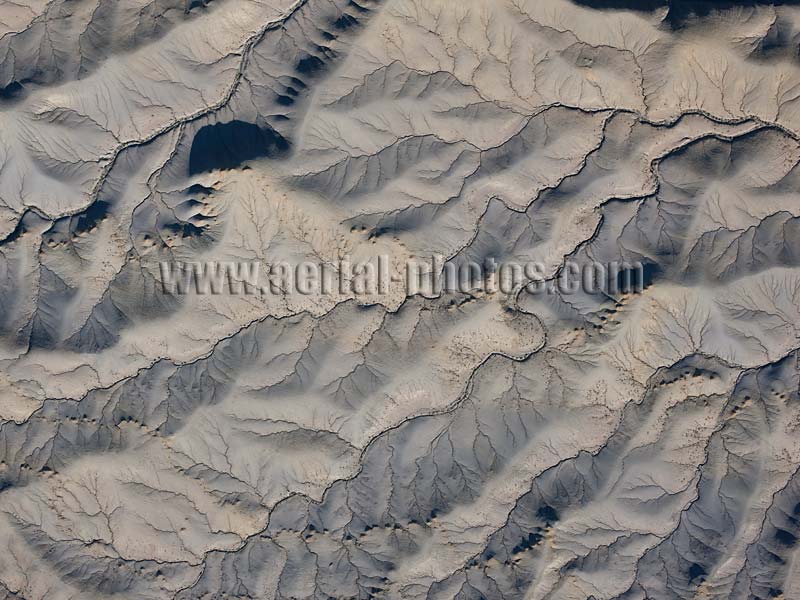