Undoubtedly, Matterhorn / Cervino (elevation: 4478m) is the most known mountain physiognomically due to its massive, near perfect pyramidal shape. Its summit was reached for the first time in 1865 by a party of seven led by Edward Whymper. This aerial view from the east shows the Furggen Ridge which separates the Aosta Valley in Italy (left of ridge) from the Canton of Valais in Switzerland. The Furggen Ridge also separates the drainage basin of the Po to the Adriatic Sea (left of ridge) from the basin of the Rhône to the Mediterranean Sea. Breuil-Cervinia, Aosta Valley, Italy / Zermatt, Canton of Valais, Switzerland.

Italian side of Breithorn (elevation: 4164m) and its south facing glacier. On the left where the glacier flattens out, is the Breithorn Plateau. This plateau, straddling the Italian / Swiss border is reachable, either from Breuil-Cervinia (Italy) or Zermatt (Switzerland) with Europe’s highest ski lift: 3899m at Gobba di Rollin. This site is called Matterhorn Glacier Paradise. It offers 365 days a year of skiing on Europe’s largest summer ski area with 21 km (360 km in winter) of groomed ski runs in a truly spectacular landscape. In the distance, slightly above the horizon line is the Weisshorn summit (elevation: 4506m). Ayas, Aosta Valley, Italy.

This formidable barrier is the Italian side of the Grandes Jorasses, high above the Val Ferret, hidden here by a sea of clouds. Its southeastern orientation explains the rockier physiognomy and the smaller glaciers. The Aiguille Verte can be seen on the left in the distance. Courmayeur, Aosta Valley, Italy. 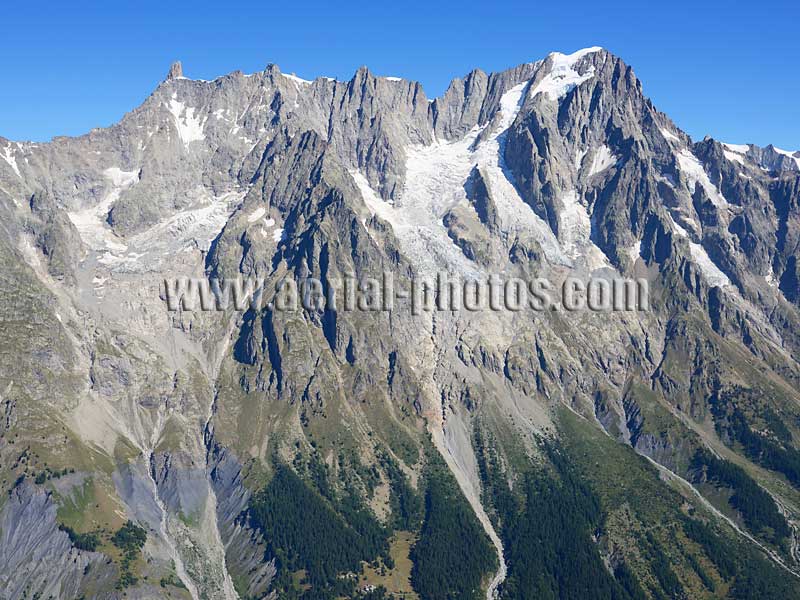 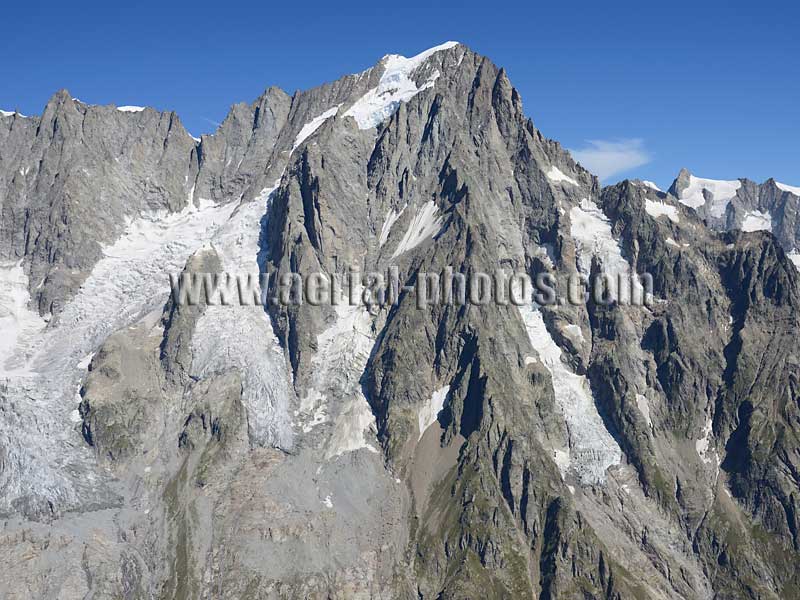 At an elevation of 4208 meters, Pointe Walker is the highest peak of the Grandes Jorasses. Its first ascent was led by Horace Walker in 1868. in 1865, famed mountain climber, Edward Whymper had reached the second highest peak, Pointe Whymper (4184 meters) which is adjacent to Pointe Walker. Courmayeur, Aosta Valley, Italy. 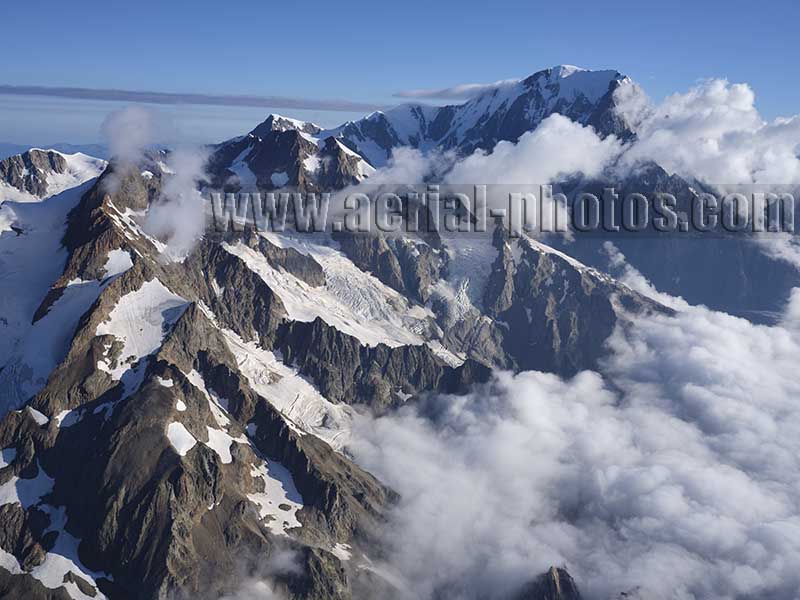 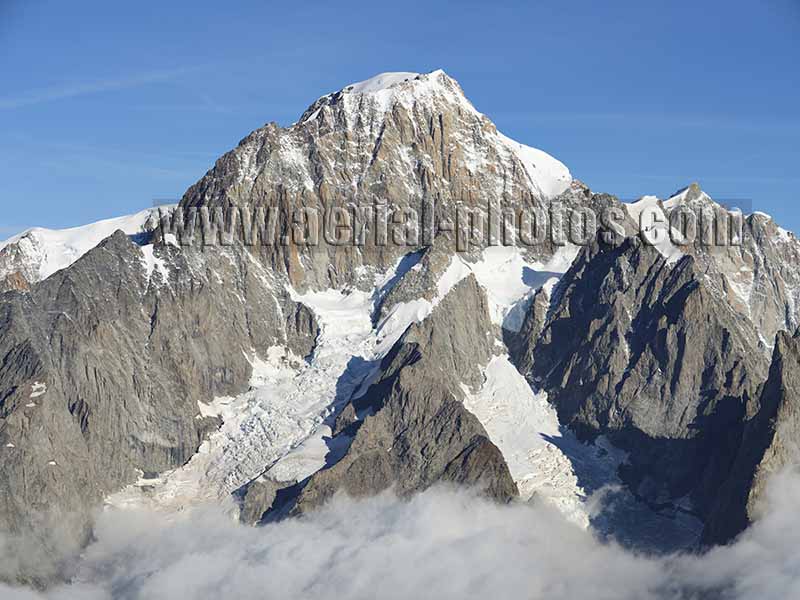 Viewed from the southeast, the summit of Mont Blanc is very much different than when viewed from the northwest; it is steeper, rockier and with much smaller glaciers. Val Veny, Courmayeur, Aosta Valley, Italy. 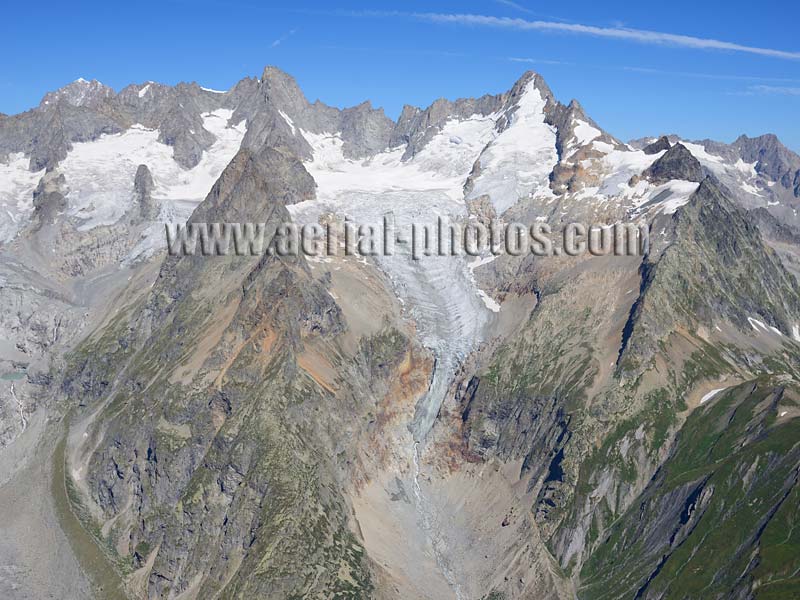 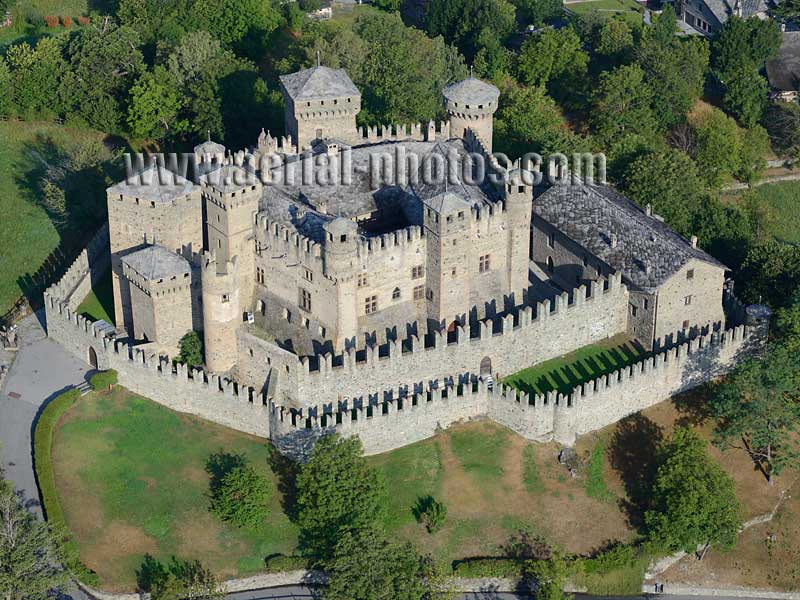 The first mention of Fénis Castle dates back to 1242. The most important construction project took place in the 14th century under the supervision of the Lords of Challant (who owned the castle until 1716). Although the castle has two imposing surrounding walls, it was built more as a display of prestige than a defensive fort. Some important renovations were done in 1895 and 1935. Fénis, Aosta Valley, Italy. 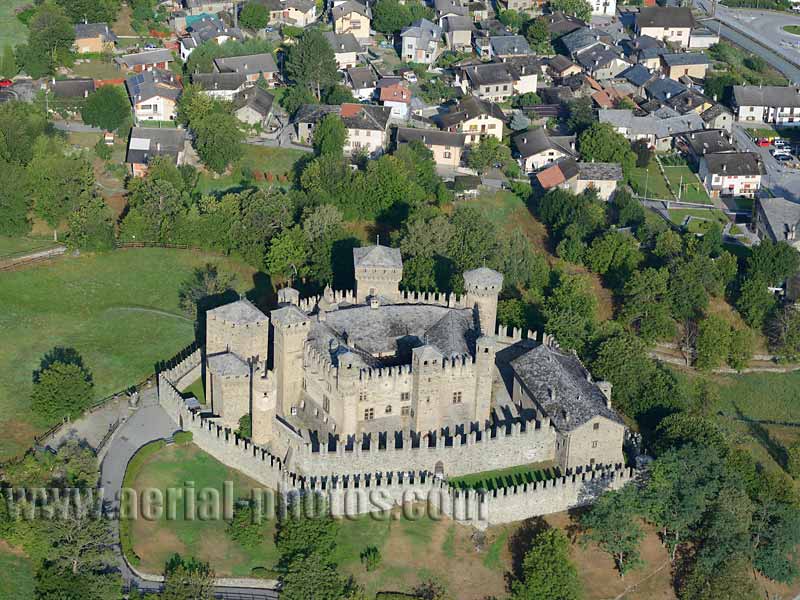 The medieval Fénis Castle is situated on a small hill overlooking the town of Fénis. The castle belongs to the Regional Council and is a great asset to the promotion of tourism as this historical structure is eye-catching with its many towers and ornate, pronounced battlements. This Aosta Valley’s landmark is one of the most visited site in the region. Fénis, Aosta Valley, Italy. 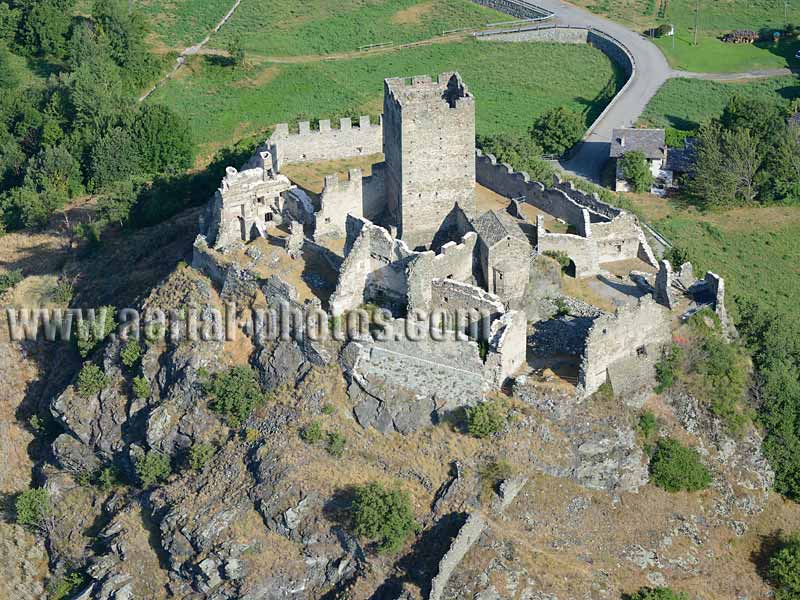 The ruins of Cly Castle stand perched on a rocky promontory about 300 meters above the Dora Baltea River in the Aosta Valley. Its origins are believed to date from around the 11th century. Saint-Denis, Aosta Valley, Italy.

The Parish Church of San Pietro was inaugurated in 1905. It dominates the medieval town of Châtillon. Aosta Valley, Italy.